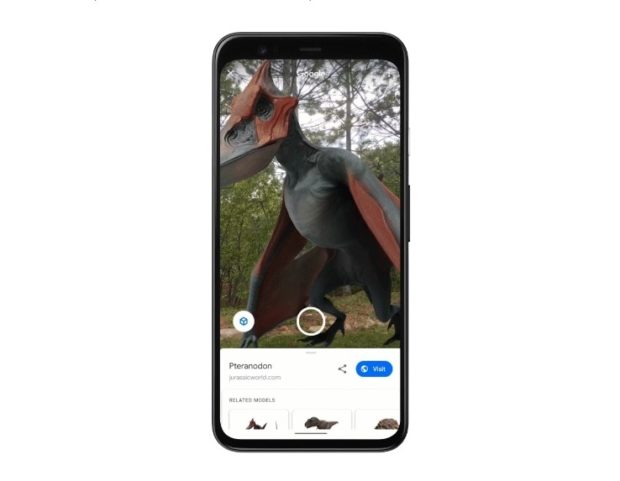 Just over a year ago, Google Search results of select animals on certain smartphones began being accompanied by a “View in 3D” option which, when tapped, presented users with an augmented reality (AR) version of the animal which they could view, rotate and flip upside down in their space.

As if that wasn’t enough, Google announced Tuesday that it has added dinosaurs to the catalog of virtual animals so people can see just how a tyrannosaurus rex measures up to their home or themselves.

Thought AR cats and tigers were fun? Now you can turn your home into #JurassicWorld with AR dinosaurs. Search for dinosaurs using your mobile device and tap “View in 3D” to see them in your room. Share your best creations using #Google3D #3Ddinos. https://t.co/BjAYYywfoX 🦕🦖 pic.twitter.com/QXjd7RhEtz

The company strived to make each model as realistic as possible; according to the team, even “irregularities of skin color and patterns are important.”

Users can access these AR dinosaurs by simply typing “dinosaur” into Google Search or looking up any of the individual breeds and tapping on “View in 3D.” IB