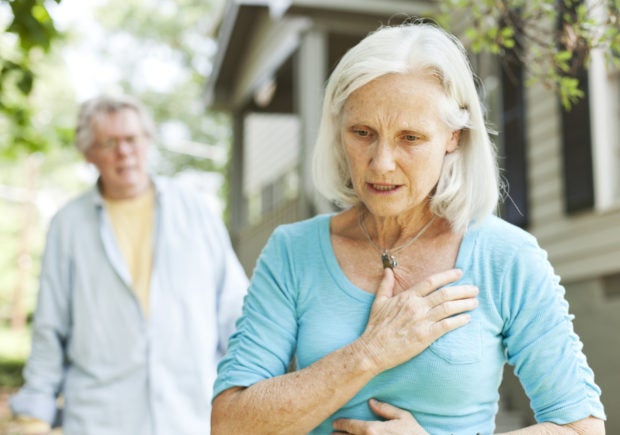 Women who experienced menopausal symptoms of hot flushes and night sweats may have a higher risk of cardiovascular disease. Image: patrickheagney/Istock.Com via AFP Relaxnews

New Australian research has found that postmenopausal women who experience hot flashes and night sweat could be 70% more likely to experience a cardiovascular event such as heart attack, angina and stroke.

Carried out by researchers at The University of Queensland, the new research looked at data gathered from six studies which included a total of 23,365 women to investigate whether having hot flashes and night sweats, also known as vasomotor symptoms (VMS), is linked with a higher risk of non-fatal cardiovascular events.

The researchers recorded which of the women in the studies experienced VMS, and whether they would describe the frequency of their symptoms as never, rarely, sometimes and often, and the severity, if they had symptoms, as mild, moderate or severe.

The timing at which the women experienced VMS, and whether it was before or after they went through menopause was also noted, as was their experiences of cardiovascular events.

The findings, published in the American Journal of Obstetrics and Gynecology, showed that although there was no evidence of a link between how often the women had hot flashes and cardiovascular disease (CVD), the women who reported having night sweats “sometimes” or “often” did have a higher risk of CVD.

However, the team points out that the risk of CVD was linked more to how severe the symptoms were, with the women with severe VMS more than twice as likely to experience a non-fatal cardiovascular event compared with women who had no symptoms. Moreover, women who reported severity for both hot flashes and night sweats showed a higher risk of CVD than those with hot flashes or night sweats alone.

It also didn’t matter at what age women had VMS, with participants who experienced VMS both before and after menopause showing an increased risk of CVD than women who didn’t experience VMS at all.

“Until now, it’s been unclear if VMS is associated with cardiovascular disease, but now we know it to be true,” said author Dr. Dongshan Zhu. Senior author on the study Professor Gita Mishra also added that, “This research helps to identify women who are at a higher risk for the development of cardiovascular events and who may need close monitoring in clinical practice.” CL