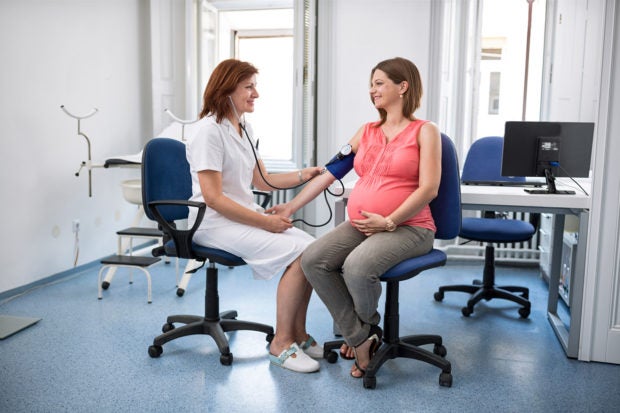 New research has found that women who have high blood pressure during pregnancy appear to be more likely to develop heart disease and heart failure in later life.

Led by researchers at the University of Cambridge, United Kingdom, the new analysis looked at 21 studies involving a total of 3.6 million women to investigate how gestational hypertension, which is high blood pressure during pregnancy, may be linked to different kinds of cardiovascular diseases, such as heart disease and heart failure.

The team said previous research has provided conflicting results about how gestational hypertension might affect the risk of heart disease, however their findings offer new evidence that it can increase the risk of experiencing cardiovascular events later in life.

They add that recurrent miscarriages, preterm birth, fetal growth restriction and pre-eclampsia have also all been previously linked with a greater risk of cardiovascular disease.

“When we looked at all the available research, the answer was clear: women who develop high blood pressure during pregnancy — even when it doesn’t develop into pre-eclampsia — are more likely to develop several different kinds of cardiovascular disease,” said senior author Dr. Clare Oliver-Williams.

“It’s important that women know that it isn’t their fault that they developed high blood pressure in pregnancy, and developing heart disease isn’t a foregone conclusion,” added Dr. Oliver-Williams.

“Women who have experienced gestational hypertension may have been dealt a tough hand, but it’s how they play those cards that matters the most. Small positive changes can really help. They can be as simple as eating more fruit and vegetables, small bouts of regular exercise and finding time to unwind, if that’s possible with kids around.” IB