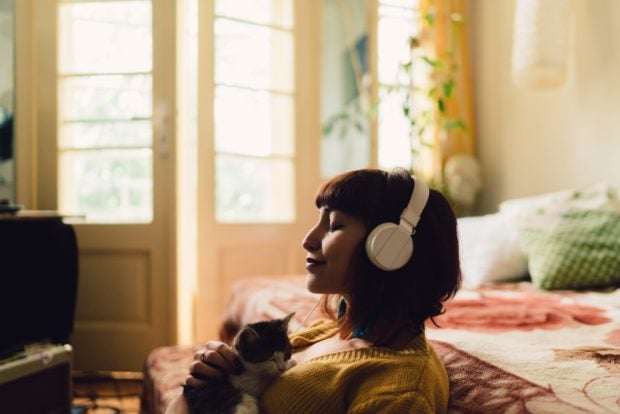 The music we listen to when we are younger can give us long-lasting memories. Image: martin-dm/IStock.com via AFP Relaxnews

The music we listen to between the ages of 10 and 30 could give us memories that stay with us throughout our lives, according to United Kingdom research.

Published in the Quarterly Journal of Experimental Psychology, the new research was carried out by teams from the University of Westminster and City University of London and used data from Britain’s longest-running radio program, BBC Radio 4’s “Desert Islands Discs”. The show asks famous personalities which eight pieces of music they would take with them if they were stranded alone on a desert island.

After analyzing the responses of 80 “Desert Island Discs” guests, the researchers found that people were more likely to choose music that is important to them, with 17% saying that they chose a record because it reminded them of a relationship with a specific person, such as a parent, partner, or friend, and 16.2% saying that the music reminded them of their childhood, and perhaps was a record which they remember playing again and again.

The third most common reason for choosing a track, given by 12.9% of guests, was that the song reminded them of a life-changing moment. The researchers use Bruce Springsteen as an example, who said that “I Want To Hold Your Hand” by The Beatles had inspired him to pick up a guitar himself and start a band.

Over half of the songs chosen by the guests had also been important to them during the time when they were between the age of 10 and the age of 30. The researchers say this period is commonly known as the “reminiscence bump,” although they like to think of it more as a “self-defining period,” as it is a time when we develop our sense of who we are. It’s also a time when we connect music to important people, places, and moments which gives us long-lasting memories.

Professor Catherine Loveday, Neuropsychologist at the University of Westminster and Lead Researcher, commented on the findings saying, “Guests frequently chose songs because they were related to important memories that occurred during teenage years. This extends previous findings by showing that music from this time has particular meaning, primarily because it relates to memories from this very important developmental period of our life. Unlike previous studies, this study shows that this occurs even in a completely naturalistic setting, where people are not constrained by experimental settings and have a completely free rein on their musical choices.” CL

Whether you prefer the music of Mick Jagger or Maroon 5 could depend on their personality, and your own

Why are some people drawn to fictional villains?