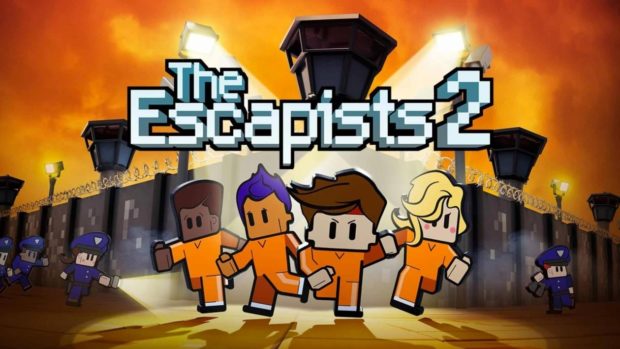 Team17 hit “The Escapists 2” is given a new lease of life through an Epic Games Store giveaway. Image: Mouldy Toof/Team17 Ltd via AFP Relaxnews

Three PC games go free on the Epic Games Store this week: prison break lark “The Escapists 2”, astronaut mystery “Lifeless Planet” and zombie shooter “Killing Floor 2”, each of which has succession plans of one sort or another in place.

“Lifeless Planet” has the player explore a far-off planet and, in doing so, inexplicably stumble across an abandoned Russian town, raising a whole host of questions about the remote reaches of outer space.

Cute enough to bring levity and a sense of mischief to its subject matter, “The Escapists 2” is about serving time in a series of rough and tough prison complexes while making plans to get out early — too early!

Finally, the grisly “Killing Floor 2” provides a sequence of Continental European environments in which up to 12 players attempt to survive hordes of horrible and vicious humanoid clones.

“Lifeless Planet” rotates onto the Epic Games freebie platter as its sequel “Lifeless Moon” is projected for launch in the latter half of 2020.

Similarly, the studio behind “The Escapists 2”, Team17 partner Mouldy Toof, has desert island challenge “The Survivalists” setting up camp on PC, PlayStation 4, Xbox One and Nintendo Switch before the end of the year.

Meanwhile, “Killing Floor 3” could well be in development. Tripwire Interactive’s president John Gibson indicated that the studio was “really thinking about what’s next for the ‘Killing Floor’ franchise” at June’s PC Gamer show. “Killing Floor 2” released in 2015.

Even so, the teasingly vague statement could refer to this week’s Epic Games Store launch, its nascent cross-platform multiplayer with an established PC player base on Steam, or any plans to bring “Killing Floor 2” to PlayStation 5 and Xbox Series X before a full numbered sequel arrives.

Both “Killing Floor 2” and “The Escapists 2” have received a wealth of additional content on other platforms. Should the same breadth of extras visit the Epic Games Store, there’d be yet another way for players to send a few more coins on to the studios and to Epic itself.

The combat-oriented, procedurally generated role-playing adventure “Torchlight II” is to be Epic’s next free giveaway, announced for the week of July 16 to 23.