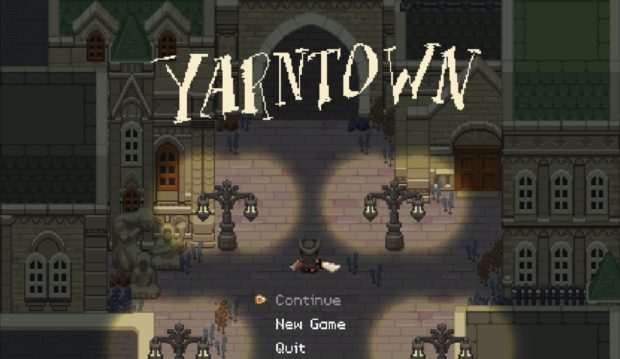 Impressive tribute “Yarntown” manages to homage “Bloodborne” and “The Legend of Zelda” at the same time. Image: Max Mraz via AFP Relaxnews

The gloomy, gothic and punishingly difficult “Bloodborne”, itself a spin-off from the exacting “Dark Souls” franchise, can now be experienced in the style of a classic “Legend of Zelda” game.

“Yarntown” recreates a portion of the locations, features, enemies and formidable boss fights of the PlayStation 4 console’s 2015 must-have “Bloodborne” — specifically, its Central Yharnam area — and was released over the weekend as a free download for Windows PCs.

(As an early convert helpfully points out, it also works on Macs thanks to the versatility of its Solarus game engine and availability of “Yarntown” source code.)

So I made Bloodborne but it's super cute and it's also kinda Zelda. And it's out!:https://t.co/cjx5zz5lvC#screenshotsaturday #pixelart #indiegame #bloodborne#solarus pic.twitter.com/033IVYfHlp

It’s perfectly poised to pick up momentum from streamers and video content creators thanks to its free distribution, novel combination of retro icon and modern classic, and resulting mixture of creepy and cute aesthetics.

Devotion to “Bloodborne” lore is not just skin deep. Beyond bosses like corrupted hunter Father Gascoigne and the antlered Cleric Beast, as well as characteristic dodge-roll moves, vials and upgradable weapons, there is a clutch of the PlayStation game’s secrets and shortcuts.

“Yarntown” makes for a fitting flex for solo developer Max Mraz, who credits the community around the open-source Solarus engine for helping create a platform for his “Bloodborne” redux.

Hard agree that the Solarus engine is "rather impressive"- definitely mostly because of how amazing and helpful the community is#solarus @SolarusGames https://t.co/dr2b2ow8D8

Mraz is also hard at work on the original project “Ocean Heart”, his own charming take on Zelda-esque adventuring, announced January 2020 and currently in active development.

As for the selection of “The Legend of Zelda” as “Bloodborne” dance partner, “Yarntown” is hardly alone in paying tribute. A slew of treasured recent releases carried a torch for Nintendo’s emblem — “The Binding of Isaac”, “Anodyne”, “Oceanhorn” and “Ittle Dew” among them.

“Zelda” franchise influence has even been traced forward to the “Dark Souls” series from which “Bloodborne” sprang. Conversely, 2017’s superlative “Legend of Zelda: Breath of the Wild” then appeared to take some of its cues from “Dark Souls”, with tough aggressive enemies, degradable equipment, and relatively opaque gameplay techniques.

The “Yarntown” release is well-timed, given that a renewed level of interest in “Bloodborne” has been bubbling up since May, following rumors that Sony Interactive Entertainment would be re-releasing it for PC.

Though Sony has not confirmed as much, it is releasing 2017 smash and PlayStation 4 exclusive “Horizon Zero Dawn” for PC in August, a move expected to increase interest in its 2021 PlayStation 5 sequel, “Horizon Forbidden West”.

A PS5 and PC remake of “Bloodborne” could have a similar effect.

In fact, the original “Bloodborne” can already be played on PC, though via PlayStation’s PS Now game streaming service; an anticipated PC remaster would offer a significant potential increase in awareness and enhanced performance. CL