Do we need religion to be moral? The answer depends on where you live, new report finds | Inquirer Technology
Close
menu
search

Do we need religion to be moral? The answer depends on where you live, new report finds 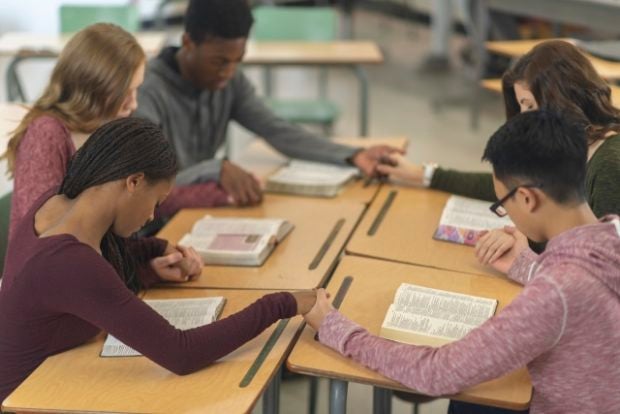 A new study finds that people in nations with lower GDP are more likely to say that belief in God is necessary to cultivate moral values. Image: FatCamera/IStock.com

While American singer Joan Osborne once wondered “what if God was one of us?”, a new survey by Pew Research Center has found that people’s thoughts on the correlation between religion and morality vary around the globe.

The survey, conducted with 38,426 people in 34 countries, reveals that a median of 45% of the participants say it is necessary to believe in God to be moral and have good values.

However, respondents in nations with lower gross domestic product (GDP) are more likely to say that belief in God is necessary to cultivate good, moral values.

That is the case in Kenya, which has the lowest GDP per capita of all 34 nations included in Pew Research Center’s analysis ($4,509 in 2019). Over nine out of ten respondents (95%) express the view that belief in God is integral to being a moral person.

Researchers have noticed a similar trend in the Philippines and Indonesia, where 96% of surveyors draw a connection between belief in God and having good values.

At least eight-in-ten Brazilians and Tunisians (84%) connect belief in God with morality, while Israelis are split on this question, with 48% of the population on either side.

By contrast, most of those in Western Europe do not draw a connection between belief in God and morality. Nine out of ten respondents in Sweden reported that they don’t think there is a link, with researchers pointing out that the Nordic country has one of the highest GDP per capita of all the nations surveyed ($55,815 in 2019), while most people in France (84%) and in the United Kingdom (79%) similarly think that belief in God is not integral to morality, as do all 13 countries surveyed in the European Union.

Although surprising for some, this pattern is consistent with prior research that has found that Europeans tend to be less religious than people in many other parts of the world.

More strikingly, both Russia and the United States have seen an evolution of opinion on the correlation between belief in God and morality, but in opposite directions. Russia has seen an 11 percentage point increase since 2002 in the share of those who say that belief in God is necessary to have good values, while the U.S. has experienced a 14-point drop. NVG

It’s a hit! How TikTok continues to solidify its position in the music industry