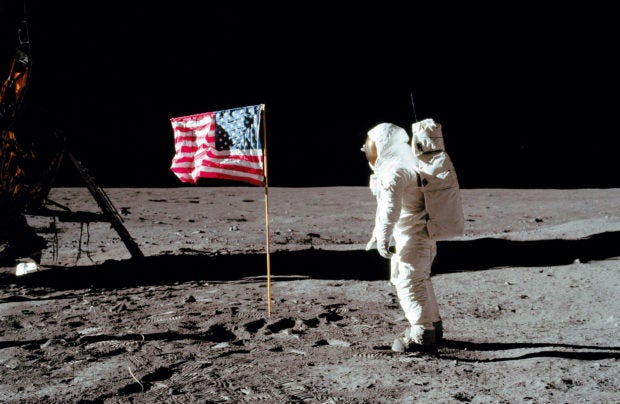 It has been over five decades since mankind made one giant leap through the crew of Neil Armstrong, who set humanity’s first footprint ever on the moon.

The National Aeronautics and Space Administration remembered the 51st anniversary of Apollo 11’s moon landing on July 20, 1969, by posting a short clip of the famous event on Instagram.

“#OTD (On this day) in 1969, two brave Apollo astronauts took the first human steps on a different world. Our knowledge about Earth’s nearest neighbor was so limited in 1969 that @nasa engineers feared that the lander and spacesuit boots might sink into the soil,” NASA Exploration Systems said in a post last Monday.

The short message came with a video of astronauts Armstrong and Edwin “Buzz” Aldrin discussing the soil at the Apollo 11 landing site on the moon.

The historic mission was witnessed live by around 650 million people watching from all over the world as mankind made its mark on its nearest neighbor.

The milestone was best described by Armstrong as “one small step for man, one giant leap for mankind”—words heard around the world that resounded through the decades.

Armstrong and Aldrin were joined by fellow astronaut, Command Module Pilot Michael Collins, for Apollo 11, although the latter was not able to set foot on the moon’s soil back then.

While Armstrong and Aldrin descended on the moon via the lunar module Eagle, Collins stayed inside command and service module Columbia, orbiting above the lunar surface, as per NASA.

Also celebrated on July 20 is the historic landing of Viking 1 on neighboring planet Mars. Viking 1 was part of a two-part mission that included an orbiter and a lander.

These were sent to investigate the Red Planet for signs of life, take high-resolution photos of its surface and study the planet and its atmosphere.

“Thanks to Viking 1 and dozens of its robotic successors, we know more about Mars than we did about the Moon when we sent astronauts to explore it!⁣” NASA Exploration Systems noted.

While Viking 1 found no traces of life on Martian soil, it helped to better characterize Mars as “a cold planet with volcanic soil, a thin, dry carbon dioxide atmosphere and striking evidence for ancient river beds and vast flooding,” according to NASA Jet Propulsion Laboratory.

NASA earlier this month also marked the 5th anniversary of the historic Pluto flyby of the New Horizons spacecraft, which was responsible for taking the first close-up images of the dwarf planet, which is over 3 billion miles from home.  /ra