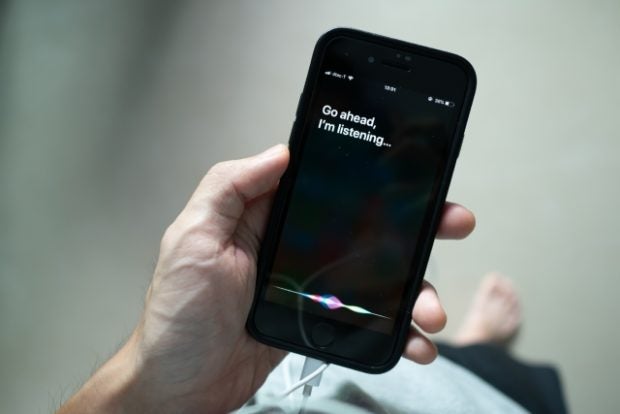 Apple has announced it will become carbon neutral by 2030. Image: Wachiwit/IStock.com

Nine global corporations unveiled an initiative Tuesday to step up efforts to move to a “net zero” carbon emissions society, while Apple announced its own plan to be carbon neutral by 2030.

A new coalition including U.S-based Microsoft, Germany’s Mercedes-Benz AG, France’s Danone and Anglo-Dutch Unilever aims to “develop and deliver research, guidance, and implementable roadmaps to enable all businesses to achieve net zero emissions,” according to a statement by the group.

The initiative, known as Transform to Net Zero, aims to help businesses achieve zero emissions no later than 2050.

“Over the past decade, many businesses have committed to net zero targets. It is now time to accelerate the actions needed to achieve this essential goal,” said Aron Cramer, president of the nonprofit consultancy BSR, which will serve as the secretariat for the initiative.

“We are now in a decisive decade, in which we must urgently decarbonize the economy, if we are to stave off the worst impacts of climate change.”

“The gap between where we are on climate change and where we need to be continues to widen,” said Fred Krupp, president of Environmental Defense Fund.

“This new initiative holds tremendous potential for closing these gaps. Especially if other businesses follow in the coalition’s footsteps.”

Apple meanwhile said in a separate announcement it would become carbon neutral by 2030 for all its operations including manufacturing.

The California tech giant, which is already carbon neutral for its corporate operations, said the move would mean no climate impact for all its devices sold.

As part of an environmental update, Apple said it plans to reduce emissions by 75 percent by 2030 while developing “innovative carbon removal solutions” for the remaining 25 percent of its comprehensive footprint.

This includes investing in projects to restore savannas in Kenya and a mangrove ecosystem in Colombia to remove or store carbon.

“Businesses have a profound opportunity to help build a more sustainable future, one born of our common concern for the planet we share,” said Apple chief executive Tim Cook.

“Climate action can be the foundation for a new era of innovative potential, job creation, and durable economic growth.”

Apple said it has commitments from over 70 suppliers to use 100% renewable energy for Apple production.

As part of the effort, Apple will also establish an “accelerator” fund to invest in minority-owned businesses to contribute to the initiative, as part of its $100 million commitment to promote racial equity and justice. NVG

Old phone to recycle? In France, just drop it in the mail