‘Halo Infinite’ gameplay trailer shows there is a time for everything 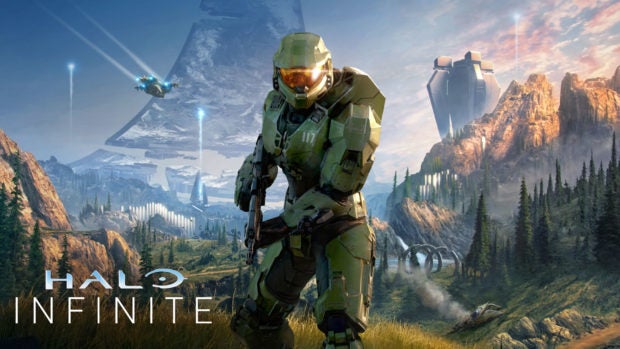 Spun as an ideal entry point to the “Halo” experience and a satisfying franchise continuation for longer-term fans, “Halo Infinite” is intended to support additional content for many years to come.

In other words, much as with “Destiny 2” (created by ex-“Halo” studio Bungie) or the ubiquitous “Fortnite”, there’s no reason to expect a “Halo Infinite 2” anytime soon.

An eight-minute gameplay demonstration shown at the very top of the July 23 Xbox Games Showcase introduced viewers to a selection of classic elements and some novel innovations for this sixth core “Halo” game.

Its spread of lush grasses and rocky outcrops, its pockets of intelligent enemies, its rugged and nimble Warthog vehicle, and its foreboding military installations are reminiscent of 2001’s essential Xbox title “Halo: Combat Evolved”, foundational to the original console’s popularity.

At the same time, the franchise’s super soldier protagonist, Master Chief John-117, now carries a portable shield and a grappling hook — features similar to those recently seen in “Borderlands 3” and “Marvel’s Spider-Man” respectively (though by no means unique to those games).

There’s a new faction driving the storyline too, the Banished, splintered off from a traditional enemy group called the Covenant.

Particularly invested fans of the “Halo” saga might recognize them from 2017 strategy spin-off “Halo Wars 2”, though prior knowledge won’t be necessary as “Halo Infinite” lays out a self-contained story.

“Halo Infinite” is to launch in the Holiday 2020 period, a reasonably broad window that covers the last two months of the calendar year, coinciding with the launch of the Xbox Series X as well as Sony’s competing PlayStation 5.

Supporting Xbox’s general strategy moving into the Series X era, “Halo Infinite” will release not only for Xbox Series X but the existing Xbox One as well as Windows PCs, though the Series X is to benefit from specific optimizations.

Its inclusion as part of a monthly games library subscription service Xbox Games Pass provides relatively low-cost access for players, recurring revenues for Xbox and its parent Microsoft, and an on-ramp to any additional paid content that “Halo Infinite” and the Xbox ecosystem in general may provide in future. CL

‘Halo Infinite’ to head up Xbox Games Showcase on July 23