NASA announces plans to study the cosmos with high-flying balloon 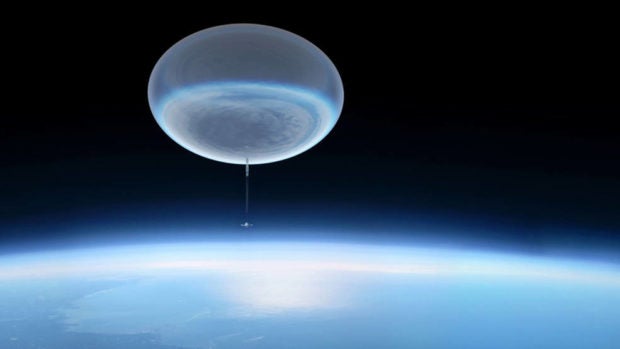 NASA is set to send a giant balloon into the stratosphere to help it study the cosmos. Image: courtesy of NASA via AFP Relaxnews

In just three short years, the National Aeronautics and Space Administration (NASA) will be sending a balloon 24.6 miles (39.59 kilometers) into the stratosphere above Antarctica that will serve as a tool to better study the cosmos, more specifically newly-formed stars, and even more specifically, the gas surrounding such astronomical objects.

This football-field-sized balloon will actually be carrying an 8.4-foot telescope called ASTHROS (Astrophysics Stratospheric Telescope for High Spectral Resolution Observations at Submillimeter-wavelengths) which “observes far-infrared light, or light with wavelengths much longer than what is visible to the human eye.”

During this mission, ASTHROS will record the movements of gases around newly-formed stars in four main regions of space, a pair of which are located within the Milky Way Galaxy. These recordings will be the “first detailed 3D maps of the density, speed, and motion of gas in these regions to see how the newborn giants influence their placental material.”

When this mission is complete, the telescope will slowly fall to the ground via a parachute.

As of right now, the launch of this project is scheduled for December 2023. CL