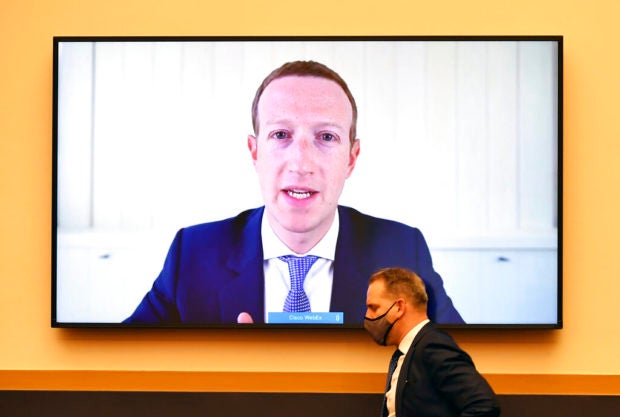 WASHINGTON–After Rep. Jim Sensenbrenner asked Facebook CEO Mark Zuckerberg about Twitter restricting Donald Trump Jr.’s account when he tweeted about hydroxychloroquine, Zuckerberg said “we do not want to become the arbiters of truth.”

“Congressman, well first to be clear, I think what you might be referring to happened on Twitter so it’s hard for me to speak to that, but I can talk to our policies about this,” Zuckerberg said. Later adding, “we do not want to become the arbiters of truth.”

The eldest son of U.S. President Donald Trump posted a since-deleted tweet on Monday with a viral video of doctors talking about the drug hydroxychloroquine.

A much-anticipated congressional hearing featuring the CEOs of four of America’s largest tech firms kicked off on Wednesday with lawmakers locking horns while also offering a window into their ideas about reining in Big Tech.