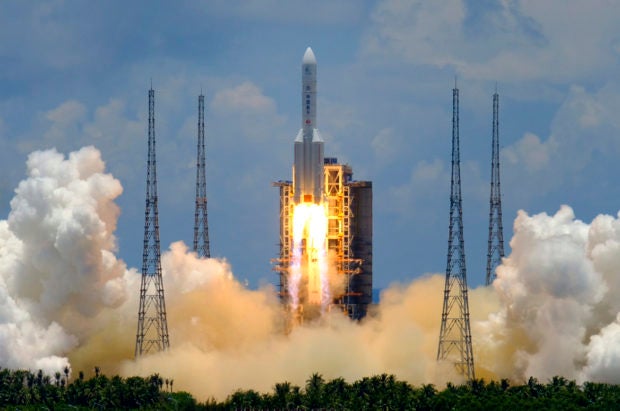 The administration said in a statement that the maneuver took place at 7:00 am when one of the spacecraft’s main engines was activated and worked 20 seconds.

By that time, Tianwen 1 had flown more than nine days and 18 hours in an Earth-Mars transfer trajectory toward the red planet, traveling about 3 million kilometers, the statement said, adding that the probe was in good condition.

During the probe’s seven-month spaceflight toward Mars, it willmake several mid-course corrections and deep-space maneuvers to make sure it is precisely aimed at the planet.

If everything goes according to schedule, the five-metric ton Tianwen 1, which consists of two major parts – the orbiter and the landing capsule — will travel more than 400 million kilometers before getting captured by the Martian gravitational field. The mission’s ultimate goal is to soft-land a rover on the Martian soil to make scientific surveys.

The spacecraft has begun to conduct its scientific operations as the Mars Energetic Particle Analyzer, mounted on the orbiter, has been activated and transmitted data back to the ground control.

It is the first of the 13 scientific apparatus on the probe to start operating and will be the longest working device during the journey toward the Martian gravitational field.

Earlier this week, the Tianwen 1 probe sent back a picture of Earth and the moon, which was taken by its optical navigation sensor when it was about 1.2 million kilometers away from Earth at the time the photo was shot, to ground control. The picture is the first image from the spacecraft that has been made public.