US moves citing ‘security risks’ against TikTok under fire 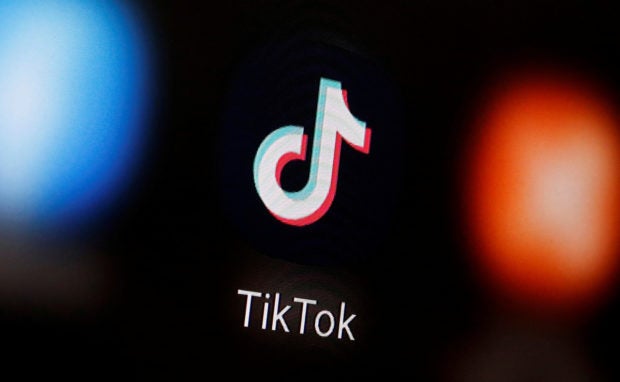 A TikTok logo is displayed on a smartphone in this illustration taken Jan 6, 2020. Agencies via China Daily/Asia News Network

BEIJING — With US President Donald Trump proposing a ban on TikTok, critics said the move will not solve “security risks”, while American values could be challenged if the popular app actually goes dark.

Trump said on Friday that he planned to terminate the videosharing app in the US through “presidential authority”. It’s not clear how he might implement the ban, but following the announcement, Microsoft has reportedly paused negotiations with TikTok’s Chinese parent company Byte-Dance to buy its US operations.

“President Trump has said ‘enough’ and we’re going to fix it and so he will take action in the coming days with respect to a broad array of national security risks,” Secretary of State Mike Pompeo told Fox News Channel on Sunday.

While the two companies are waiting for clarity from the White House, the TikTok community is pouring out its frustration over the proposed ban and is expressing support for the company on social media. The app has gained more popularity during the COVID-19 pandemic as many view it as a source of entertainment and education. Many young TikTok users are so desperate to keep the app around that they launched a movement called “saveTikTok” on social media.

TikTok star Griffin Johnson tweeted on Saturday that it had given him “a lot of friends & memories that I will forever be thankful for”.

TikTok CEO Kevin Mayer said in a blog post on Wednesday that the reason his company was under scrutiny was because of its Chinese origins.

Heather Evans, director of Frontier Technology Research at Asia Society Northern California, said the proposed ban didn’t come as a big surprise as “there’s a lot of distrust and uncertainty about this popular app”, which is largely due to TikTok’s parent company being based on the Chinese mainland.

She noted that TikTok is actually a global app, it has recently recruited Mayer, a former Disney executive, as its CEO and the headquarters of ByteDance are in London.

Evans said the scrutiny should be seen in the context of the “rhetoric” on US-China decoupling. “In this context, it appears in order for TikTok to be able to continue to operate and serve the 100 million active American users, it needs to be decoupled from its parent company based in China. We are looking at a traffic light right now,” she said.

Under the grand framework of China-US strategic gaming, the rise of TikTok is symbolic of the challenge to US dominance in information technology, said Shen Yi, professor and director of the Research Institution of Global Cyberspace Governance at Fudan University in Shanghai.

“A Chinese company has managed to create a dynamic videosharing ecosystem, by out-rivaling the likes of Facebook in a realm that has arguably the highest monetization potential,” he said. “This is likely to cause fury in the White House.”

Shen said TikTok’s success, especially its popularity among the younger generation of American users, stands to showcase the reality of China to local audiences and could help destroy the “evil China image” that the Trump administration has long been fabricating. “This is a fight for supremacy over discourse and ideology.”

Besides, Shen said, anti-Trump voices are also giving the US president some personal incentive to ban the app. “Every move he takes now is serving his bid to be reelected.”

From a business perspective, Shen said the incident might propel companies expanding overseas to find a truly neutral third-party as an avenue for registration. It also calls for new international rules for cyberspace governance that are transparent.

Chen Zilei, director of the Japanese Economy Research Center at Shanghai University of International Business and Economics, agreed, saying the emerging IT sector is in dire need of international regulation.

“Countries including the US and India have been taking on China’s IT players frequently, citing national security concerns. But this highlights the lack of widely acceptable international rules on service trade industries, especially in emerging industries.”

Niu Xinchun, a researcher at the China Institute of Modern International Relations, said banning TikTok would have quite a negative effect on the US itself. “First, it would increase distrust and uncertainty in cooperation between China and the US. Second, it would also reduce the market’s confidence in the US and damage its own interests.”

To counter the claims that Beijing might access the user information or influence content on the platform, TikTok has announced measures including opening up its algorithms and moderation policies, so outsiders can access the algorithms it uses to sort and share users’ videos.

ByteDance has reportedly offered to sell the US operations of TikTok to stop the Trump administration from banning the app. Microsoft is among the potential buyers it has talked to.

Although Trump apparently preferred to ban the app entirely, saying, “As far as TikTok is concerned we’re banning them from the United States”, there are divisions within the White House about the appropriate course of action, according to a Wall Street Journal report.

One of the fears is a public backlash if the administration bans the app. Among those who have raised concerns about a ban of TikTok is the American Civil Liberties Union.

“Banning an app like TikTok, which millions of Americans use to communicate with each other, is a danger to free expression and technologically impractical,” said the ACLU.

Samm Sacks, a senior fellow at Yale Law School’s Paul Tsai China Center, shared a similar concern in an article. She said banning TikTok would paradoxically contribute to the erosion of online freedom and openness, while doing little to address the underlying security issues.

As to TikTok’s potential risk to national security, cybersecurity experts argued that this is largely theoretical and that there is no evidence to support the Trump administration’s claims.

James Lewis, senior vice-president at the Center for Strategic and International Studies, told CNN that he doubted TikTok was a good intelligence tool for China, as there are far more effective alternatives when it comes to obtaining privileged information.

Videos of lip syncing and dancing are of limited strategic use even for what the Trump administration brands as an “adversary government”, said Sacks.

TikTok is the latest Chinese tech company to be targeted by the Trump administration. It has previously raised similar “national security” concerns about Huawei and ZTE.

Sacks likened the administration’s move to playing a game of whack-a-mole against “a rotating cast of Chinese tech companies”.

“The US would be wise to spend more time developing legislation and standards for how all companies, regardless of country of origin, protect online privacy and secure data,” she said.