Are smart glasses the next everyday gadget? 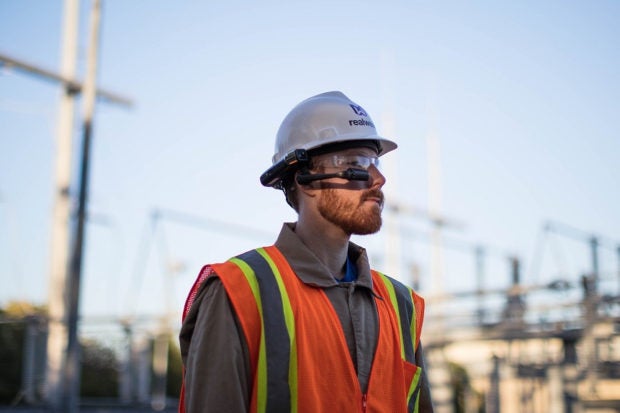 Although the glasses use its local 5G network, they rely on equipment developed by China-based Nreal.

Smart glasses were initially adopted by company facilities, mainly due to the high price tag, which still keeps them unaffordable for average consumers. They are now being widely used to check facilities and provide remote support on industrial sites.

Because the benefits of smart glasses unfold literally before a user’s eyes, many believe they are next in line after smart watches as the next everyday gadget. Market researchers predict that within two to three years, at least one person in every household will own a pair.

Korea currently relies on imported smart glasses, and that trend could become even stronger down the road.

The government has announced plans to provide support for small and medium-sized firms that manufacture parts for smart glasses are, in part, an effort to reduce that dependence, according to a government official.

The boom in smart glasses is evident among global tech players, particularly since the onset of the COVID-19 pandemic, when people began spending more time indoors.

Microsoft’s HoloLens is currently the top-tier model, while Google acquired smart glasses maker North in July. Apple is also rumored to be launching its own smart glass brand.

In Korea, tech giants Samsung Electronics and LG Electronics have internal teams testing smart glasses models, and they have reportedly applied for patents.

Though there are some Korean companies that manufacture parts for smart glasses, they export all their products since no local client is big enough to offer substantial revenue, according to the industry sources.

There are also AR optical system providers in Korea — LetinAR and Raontech, which produce quality microdisplays. But, when it comes to technology for other components, SMEs here lag behind their foreign counterparts, according to industry sources.

To boost the smart glasses industry, the Korean government has decided to provide 50 billion won ($42.21 million) between now and 2022.

The Institute of Information & Communications Technology Planning & Evaluation, under the ICT Ministry, said it will orchestrate research and development projects for the smart glasses sector while initiating a pilot project that will give birth to mid-spec models for industrial uses.

“The government plans to help local firms to manufacture an affordable model of smart glasses that can be used in a wide range of industries and research settings,” according to an official from the IICT.

The ministry will select local smart glasses manufacturers later this year and have those state-funded companies work on AR smart glasses prototypes. The ICT Ministry’s technology planning institution expects to see their prototypes by the end of next year, it said.

The estimated price of a pair of the new AR smart glasses is 1 million won, as opposed to 8 million won for the HoloLens. The Korean manufacturers are aiming for a lower price point in hopes of gaining price competitiveness against global leaders like Microsoft.

“If the government can show there is demand for AR glasses from different types of industries and research institutions, it could perhaps promote large-scale corporate investments and encourage companies like Samsung Electronics and LG Electronics to jump into the market,” the IICT official said.