Is Nintendo planning an upgraded Switch console for 2021? 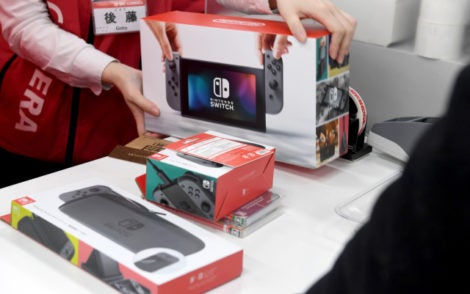 Last May, Nintendo announced that it had sold more than 21 million units of its Switch console in 2019. Image: AFP/Toshifumi Kitamura

Nintendo is planning to bring out a new and more powerful version of its Nintendo Switch console in early 2021, according to reports from Bloomberg and the Economic Daily News. The launch will likely be accompanied by a major release of new games.

The Japanese giant may be preparing a counteroffensive in response to the new PlayStation 5 and the Xbox Series X. Nintendo is apparently considering a major upgrade with plenty of power and 4K high-definition graphics, Bloomberg reported this Tuesday, Aug. 25. The launch of the new console may also be timed to coincide with the release of several video games, notably an updated version of “The Legend of Zelda” and a new “Metroid Prime 4”.

Given the success of the Switch and its Lite version, the new console is not expected to go into production until next year. According to several sources, the Japanese company is running at full capacity to meet its orders, which have been buoyed by a games industry boom prompted by the ongoing health crisis.

Nintendo announced last June that it had sold 61 million units of the Switch since the launch of the device in 2017, which means it could soon overtake the Nintendo Wii, the brand’s all-time best-selling home-use console.

“The Switch will surpass the Wii’s sales even without an upgrade,” Ace Research Institute analyst Hideki Yasuda told Bloomberg, adding that “a sound hardware update plan would even allow the Switch to surpass the Nintendo DS handheld.”

Nintendo has posted lifetime sales of 102 million Wii units and 154 million Nintendo DS units worldwide. With 61 million units sold in the three years since its launch in March 2017, sales figures for the Switch have made it even more successful than the historic 16-bit Super Nintendo. CC

Top 5 Nintendo Switch Games to Try Out in Quarantine