Will you still be able to play ‘Pokémon Go’ on your smartphone in October? 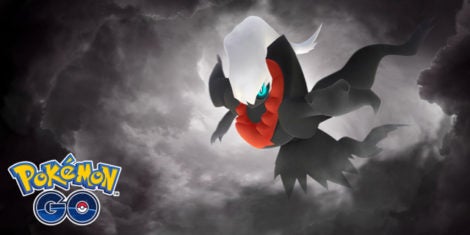 In the context of the pandemic and social distancing measures, Niantic has adapted its “Pokémon Go” game for players to be able to play at home. Image: Niantic / The Pokémon Company via AFP Relaxnews.

If you have an iPhone 5S or iPhone 6, be prepared to switch phones if you are still planning to play “Pokémon Go”.

Niantic, the developer of the successful mobile game, has announced a new version of “Pokémon Go” for mid-October. This update will make it impossible to launch the video game on smartphones running Android 5.0 “Lollipop”, iOS 10 and 11.

The more than 3.4 million subscribers to the “Pokémon Go” Twitter account learned the news on Monday, Aug. 31.

“In an upcoming update to Pokémon GO in October, we will end support for Android 5, iOS 10, and iOS 11, as well as iPhone 5s and iPhone 6 devices. Trainers with devices not specifically listed here will not be affected and don’t need to take any action,” the official account said.

In an upcoming update to Pokémon GO in October, we will end support for Android 5, iOS 10, and iOS 11, as well as iPhone 5s and iPhone 6 devices. Trainers with devices not specifically listed here will not be affected and don’t need to take any action.

The decision raised questions for users with the two iPhones mentioned, which can both run the iOS 12. Niantic, however, explained their choice was due to the lack of space on these phones.

“IPhone 5S and 6 have just 1 GB of RAM, and we don’t want to hold back development and implementation of features for the vast majority of players who have more robust phones,” Niantic told The Verge.

This change should not affect the “Pokémon Go” player base at large, Niantic assured. It will, however, be a disappointment for players who are unwilling or unable to purchase newer smartphones. CC