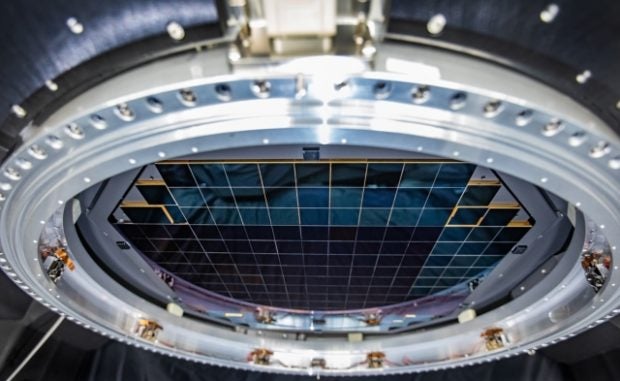 The future camera of the Vera C. Rubin Observatory has been equipped with 189 individual sensors. Image: Courtesy of SLAC National Accelerator Laboratory/Jacqueline Orrell via AFP Relaxnews

For the first time ever, test photographs with a resolution of 3.2 gigapixels have been taken using a giant focal plane equipped with 189 sensors at the SLAC National Accelerator Laboratory in California, United States.

The giant new camera will soon be installed in the Vera C. Rubin Observatory, which is under construction in Chile, where it will be used to take pictures of the night sky with a level of detail that has never before been obtained.

Expected to be fully operational in 2022, the new observatory will be used to compile a vast map of the night sky that will provide researchers with a treasure trove of data that may elucidate some of the secrets of the universe.

The pictures that will be taken at the Vera C. Rubin Observatory will be so big that 378 high-end 4K televisions would be required to display a single one in its entirety. The designers of the new camera also point out that it is sensitive enough to capture a golf ball at a distance of more than 24 kilometers.

Another telling comparison is the resolution of images that can be obtained with a modern smartphone. These are typically somewhere between 12 megapixels for entry-level devices and 108 megapixels for the most advanced models on the market. RGA