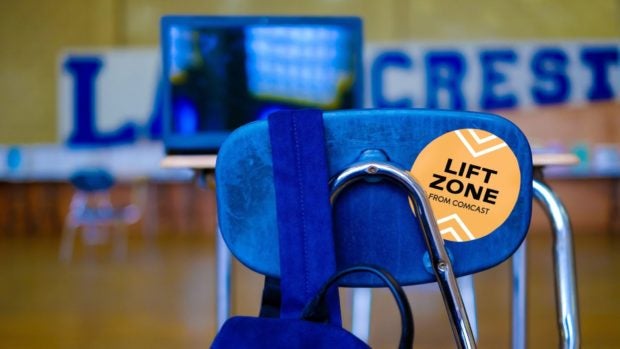 Comcast Corporation is the owner of the media and entertainment conglomerate NBC Universal. Image: courtesy of Comcast via AFP Relaxnews

In what amounts to today’s feel-good story, telecommunications giant Comcast has pledged to install free wifi in community centers in the United States.

The initiative will help low-income populations connect to the internet and in particular students who may be prevented from attending classes by the health crisis. There will also be online courses on how best to follow distance-learning modules.

“For nearly a decade, Internet Essentials has helped to change the lives of millions of people by providing low-income families with internet access at home,” announced Dave Watson, President and Chief Executive Officer, Comcast Cable.

Building on this public-spirited program, the American company is now planning to provide free internet access in community centers across the United States.

The latest initiative, christened “Lift Zones,” will provide students from low-income areas with internet access in order to follow online classes during the pandemic. As well as offering wifi, the “Lift Zones” will also make available hours of content on how to go about distance learning.

The American company’s initiative to promote equality is most welcome at a time when many companies and schools have been obliged to forgo face-to-face meetings and classes, which has widened the gap between students from different social classes.

As the Comcast press release explains, “The COVID-19 crisis has put many low-income students at risk of being left behind and has accelerated the need for comprehensive digital equity and Internet adoption programs to support them.”

The initiative, which is to be progressively scaled up to include a thousand community centers, will open 200 “Lift Zones” this year. Some of these in Baltimore, Chicago and Philadelphia are already up and running. Others are set to follow in a dozen cities including Atlanta, Detroit, Miami, San Francisco and Washington, DC.

This is not the first time that Comcast has engaged in positive action in response to the health crisis. In June of this year, the American group announced that it would offer free public access to its Xfinity hotspots until the end of 2020.

As part of the “Keep Americans Connected” campaign, Comcast has also committed to maintain internet access for companies experiencing financial difficulties because of the pandemic. IB