Vikings not as blond and blue-eyed as previously thought — study 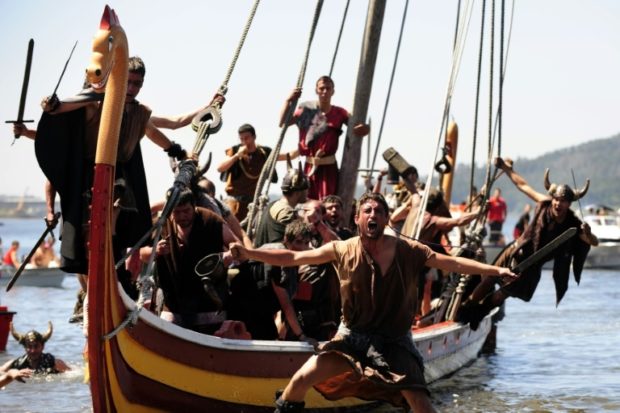 The study highlights the genetic diversity found in Scandinavia during the Viking era. Image: AFP/Miguel Riopa

In the popular imagination, the Viking warriors who plundered northern Europe from the 8th century were as tall, fair and Scandinavian as they were murderous. In fact, according to a new study, they were far more diverse than previously thought.

The study, published in the journal Nature this week, highlights the genetic diversity found in Scandinavia at the time of the Vikings who hailed from present-day Denmark, Sweden and Norway.

Ashot Margaryan, a lecturer at the University of Copenhagen, who co-authored the study, told AFP that they had also found that the seaborne raiders “were not all of them Scandinavian.”

Owing to migration from mainly southern and eastern Europe, “Viking Scandinavia had more dark-haired people than present-day Scandinavia,” he explained, while adding that Vikings were indeed blond in their majority.

The researchers analyzed 442 bone fragments from between the 8th and 12th centuries from all over Europe.

The data showed that there was a significant intermingling of bones in southern Scandinavia at that time, in part as a result of trade but, according Margaryan, also slavery.

The study also confirmed previous research on where the Vikings and their ancestors settled overseas.

The ancestors of the Norwegians mainly went to Ireland, Iceland and Greenland, those of the Swedes to the current Baltic countries, while the Danes at the time showed up in Scotland and England. IB