20 years after debut, reality TV program ‘Big Brother’ is getting a video game 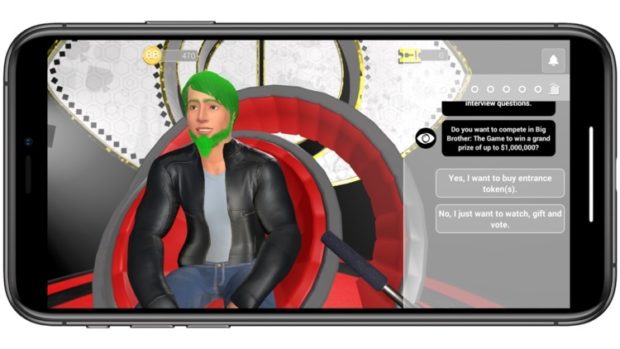 You will soon be able to try your luck in the ‘Big Brother’ program through a new video game, designed by 9th Impact. Image: courtesy of Big Brother Game via AFP Relaxnews

Philippines, Brazil, Canada, France, Tanzania, Uganda, Russia… After having been exported all over the world, the “Big Brother” franchise is now heading into the virtual realm as a video game adaptation is on the horizon.

“Big Brother: The Game” offers gamers from all over the world the chance to become one of the contestants of the famous isolation-themed reality show, and win a mysterious grand prize.

According to British developer 9th Impact, video game enthusiasts will be able to choose whether to activate the “Spectator” or “Housemate” game mode to play “Big Brother: The Game”.

In the latter case, gamers will be able to get a glimpse of community life and will be faced with several strategic choices to avoid being eliminated by the other candidates.

While “Big Brother: The Game” will be available for free download as of Oct. 15, there is a fee to enter the Candidate House. Players will have to pay $4.99 (arund P240) to get three in-game currency tokens that will allow them to try their luck three times as a contestant.

9th Impact told Variety that gamers will not be able to use their “tokens” to make sure they stay longer in the candidates’ house.

As in the television program, players will be asked to participate in tests and other household chores throughout their virtual adventure, which will be closely observed by the famous “Big Brother”.

According to Variety, more than 7,000 real-life candidates have participated in the reality show, which first aired in 1999 on the Dutch channel Veronica.

The German version of “Big Brother” hit the headlines this past March, when host Jochen Schropp and Dr. Andreas Kaniewski had to inform the 14 participants of the show of the spread of the coronavirus around the world in a live segment. A brand new chapter, punctuated by video testimonials from the candidates’ relatives. IB