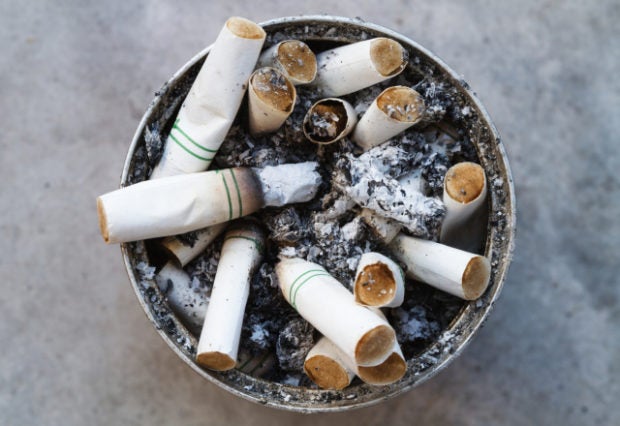 Every year, smokers around the world stub out close to six trillion cigarettes. Image: iStock/ampols

Lighter and more insulating, the bricks used to build our homes could well be improved by the addition of… recycled cigarette butts. This is the conclusion of a vast Australian study, which includes detailed recommendations for bringing the brickmaking and waste management industries together. w

In what amounts to a catastrophe for the planet, a global total of approximately 137,000 cigarette ends are thrown away every second. Six trillion cigarette butts are produced around the world every year, creating 1.2 million tonnes of toxic waste, which is often thrown away on the street.

Having said that, there has been plenty of serious research into the recycling of all of this waste. Yes, cigarette filters can and are being recycled. TerraCycle, a U.S. company founded in 2001, has built an international business, which is now present in 20 countries, disposing of challenging waste with its zero waste boxes. In France, entrepreneurs have developed an ingenious process to rid cigarette ends of toxic chemicals so that they can be transformed into everyday objects. In Brittany, the company called MéGO separates ash, tobacco and paper from filters before transforming them into sheets of brown cellulose acetate, which can be used to make furniture, ashtrays, and pencil pots.

However, recycling can even be taken a step further now that Australian researchers have identified the potential usefulness of cigarette waste in construction. A major study published by the Royal Melbourne Institute of Technology (RMIT) has demonstrated that manufacturers could use shredded or whole butts to produce next-generation bricks. Such an initiative would further result in a 10% reduction in production costs with the incorporation of just 1% of recycled cigarette filter content.

This finding has encouraged high hopes: incorporating recycled cigarette butts in just 2.5% of global annual brick production would effectively resolve the problem of a huge amount of waste that is thrown away on the streets or washed into the world’s oceans. And that’s not all, we would also reap further environmental benefits from the fact that the resulting bricks would be lighter and also more insulating.

Does this mean that our houses will be built from materials that are full of toxic substances? Absolutely not, because although butts contain more than 60 toxic chemical compounds, these will be trapped inside the bricks when they are fired at a temperature of 1,000°C.

Australian scientists have already found another useful application for recycled cigarette butts. Mixing them into asphalt created a material that can handle very heavy traffic loads, which is also better able to cope with heat than traditional road surfaces. Once again, the heavy metals contained in the butts are also locked in and isolated from the environment when they are encapsulated in bitumen and paraffin. NVG

Drink orange juice out of 3D-printed cups made of orange peel? That’s now a thing

Plastic pollution: It’s not what you think!