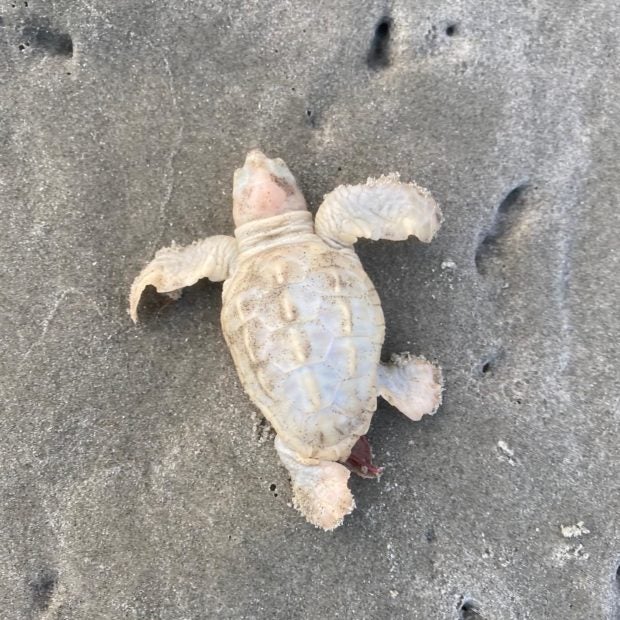 A rare, white turtle hatchling was spotted on the shores of Kiawah Island in South Carolina, USA.

The young animal was found by the Kiawah Island Turtle Patrol while checking the last nest on the island on Oct. 18. Following the discovery, the team took photos of the white turtle and posted them on the island town’s official Facebook page.

“It was a first for everyone in attendance!” the town’s local government said.

This morning, our Kiawah Island Turtle Patrol #kitp , Zone 8, inventoried the last nest on the island. #338. You can…

Though the town initially believed it was an albino turtle, it soon clarified that this was not the case. Instead, they learned that the young turtle has leucism, a condition where animals have reduced pigmentation.

“Leucism is different from albinism as albino animals have a complete loss of pigment, leaving them completely white with red or pink eyes,” the town added while thanking a certain Nancy Kablach Condron for informing them of the condition.

However, the rare turtle might not live a long life due to its condition. The Olive Ridley Project, a sea turtle conservation group, noted that the white color makes the animal more obvious to predators.  /ra