Ankara, Turkey — Turkey on Wednesday fined Facebook, Twitter, and three other social media companies for failing to appoint a country representative under a controversial law which came into force last month.

The legislation, passed in July, requires platforms with more than one million users to appoint representatives in Turkey that could implement court orders to remove contentious content or face heavy fines. 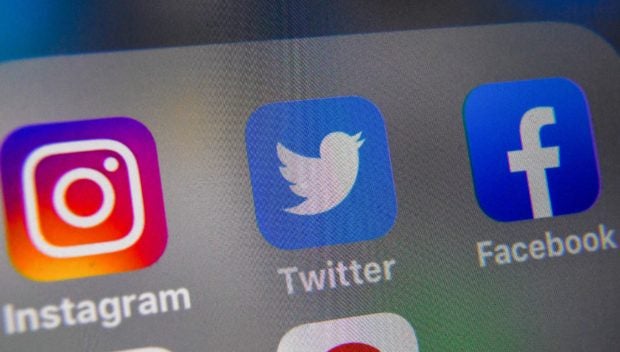 A picture taken on September 4, 2019, shows logos of US social networking websites Instagram, Twitter, and Facebook, displayed on a smart-phone screen, in Lille, northern France. (Photo by Denis Charlet / AFP)

If the networks fail to open local offices by the start of December, they will be fined an additional 30 million lira.

Failure to comply by early January would result in an advertising ban.

Should the social media companies still ignore Turkish law three months after the advertising ban, they will see bandwidth reductions of 50 percent and then by as much as 90 percent in the fifth and final stage.

Digital rights expert Yaman Akdeniz said any bandwidth reduction would start in April and reach 90 percent by May, making the platforms effectively inaccessible.

Akdeniz tweeted on Tuesday that only the private Russian social media firm VK had appointed a Turkish representative to date.

Turkish President Recep Tayyip Erdogan is one of the most popular leaders on social media with nearly 17 million followers and a very active presence.

But under his government, Turks have faced increasing prosecution over their social media posts, especially those accused of insulting the president.

Erdogan does not hide his disdain for social media, which he threatened to “wipe out” in 2014.

The new law was adopted after Erdogan’s anger over online insults of Finance Minister Berat Albayrak and his wife Esra, the president’s daughter, following their fourth child’s birth in June.