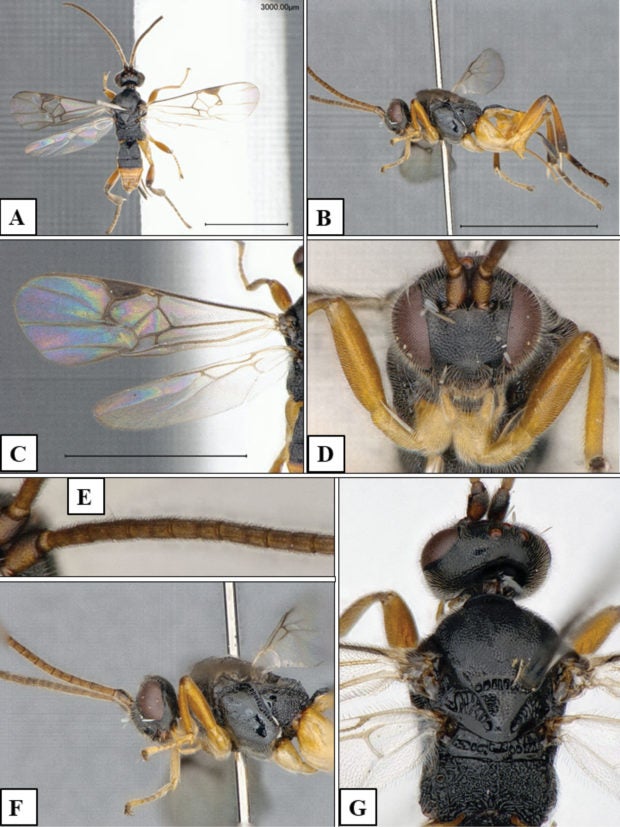 Scientists named a new species of parasitoid wasps in Japan after Godzilla because it bears a loose resemblance to the fictional monster when it emerges from water while hunting.

The said species, scientifically called Microgaster godzilla, is so far the only species under the microgastrinae subfamily of wasps that enters water, as published in the peer-reviewed, open-access scientific Journal of Hymenoptera Research.

“The wasp name is intended to respectfully [honor] one of the most recognizable symbols of Japanese popular culture worldwide,” authors noted in the research article titled “Microgaster godzilla (Hymenoptera, Braconidae, Microgastrinae), an unusual new species from Japan which dives underwater to parasitize its caterpillar host (Lepidoptera, Crambidae, Acentropinae),” published on Oct. 30.

The researchers said they were able to capture on video how the wasp intentionally dove underwater to search for a moth caterpillar, which was made into a host for laying eggs.

“Additionally, Godzilla has sometimes been associated, albeit in different ways, with Mothra, another kaiju that is typically portrayed as a larva (caterpillar) or adult moth,” they added.

The newly-discovered wasps were noted as “a very unusual species” from a biological and morphological perspective, according to the study.

As observed by the researchers, female wasps of the said species search for larvae that are underwater by walking over leaves on the surface and occasionally diving and swimming to force them out of their cases and above water.

The said wasps will only parasitize once a host is above water, the researchers noted. The species have only been collected from the prefectures of Osaka and Honshu in Japan. JB

First ever nest of Asian giant hornets found in US