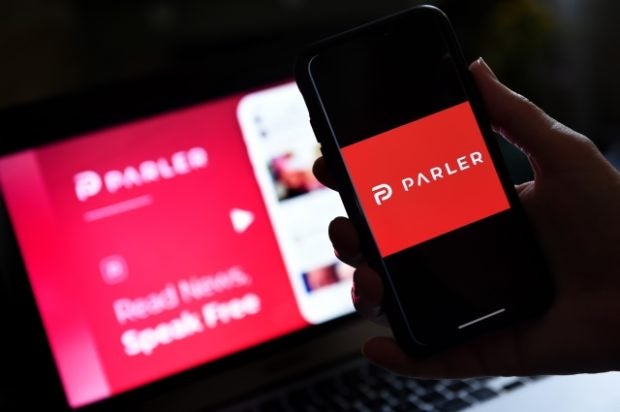 Could the success of Parler be short-lived? The “free speech” social network has been very much in the spotlight since the U.S. presidential election in early November. Faced with the various steps taken by giants Facebook and Twitter to fight misinformation and fake news, many disgruntled web users turned instead to this alternative platform.

Billed as the “free speech” social network, Parler rose to become the App Store’s most-downloaded free application in the U.S. The platform’s co-founder John Matze, claims it has almost 10 million registered users to date, compared to 4.5 million prior to the U.S. presidential election.

This social network grew very quickly, thanks notably to calls from conservative political figures frustrated by being called to order on Twitter or Facebook. Politicians such as the U.S. Senator for Texas, Ted Cruz, as well as Fox News journalists, Sean Hannity and Maria Bartiromo, joined the application and called on their fans to do the same. Donald Trump’s campaign team also signed up to the app.

However, while Parler’s growth has spiked sharply, certain experts claim that the application’s popularity is unlikely to go the distance. Fadi Quran, campaign director at Avaaz, a global civic organization that studies misinformation, told ABC News that he doesn’t believe the app will survive. Similarly, tech analyst Benedict Evans told ABC News that the Parler platform is unlikely to gain enough popularity to compete with the likes of Facebook and Twitter.

“Parler is a weak clone of Twitter, but you can go there to talk about one particular issue that’s now mostly blocked on Twitter,” said Evans, in reference to the posts and profiles spreading misinformation about voter fraud during the US presidential election, which were fact-checked or deleted on Twitter and Facebook.

According to Benedict Evans, users could soon tire of being on Parler precisely due to the lack of diversity in subjects discussed there: “But how many people care about that one issue? And do they care enough to spend all their time there, and not on Twitter or Facebook where all the other news and discussions are happening.”

However, while Parler is a long way from outshining the most popular social networks, the controversial platform could still have an impact on the behavior of internet users.

“Facebook and Twitter have to be ready when [Parler users] come back because many of them will want to instigate violence and spread more misinformation. … Hate spreads. … People are going to lose trust in the idea of community, they won’t be civil with people they disagree with,” Fari Quran explains to ABC News.

Or is it already a case of too little, too late?

According to Quran, Facebook and Twitter didn’t do enough to stop the spread of viral misinformation surrounding the election.

“We saw fake videos circulating social media after the election of people allegedly burning ballots that got millions of views before they were taken down,” said Quran. “Facebook could retroactively message them and say, ‘hey, we noticed you watched this video, it turned out to be misinformation’ but it’s not doing that.” NVG

Facebook remains as most used social network worldwide; TikTok the growth story of the year