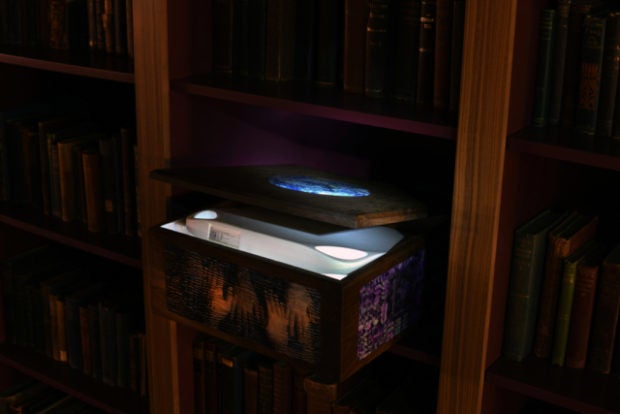 Strongboxes containing parts of our computer heritage have been entrusted by GitHub to three iconic libraries. Image: GitHub Archive Program via AFP Relaxnews.

Libraries are repositories of ancient and recent knowledge, collected and archived in order to be passed from one generation to another. This idea of knowledge preservation and transfer is behind American company GitHub’s decision to store a collection of computer code repositories in three iconic libraries around the world to safeguard a selection of our digital heritage for future generations.

Last summer, Microsoft subsidiary GitHub launched an ambitious archiving program so that future historians would have a better grasp of open-source projects designed by current and past developers. Thousands of lines of computer code were printed on piqlFilm reels and stored in 3D printed boxes. PiqlFilm is a 35 millimeter, ultra-high resolution nano-film designed for preservation of digital data.

These treasures of computer knowledge were stored in boxes designed by Alex Maki-Jokela, an artist specializing in 3D-printed and AI-generated art.

Three of these boxes have been entrusted to libraries such as the Bibliotheca Alexandrina in Egypt, the University of Oxford in the United Kingdom, and Stanford University in the United States, to ensure that the knowledge and information amassed in recent years by the world’s developers is not forgotten.

“Preservation of knowledge is of enormous importance to not only us at the Bodleian Libraries but to society as a whole. In this digital age, we must constantly seek new ways of preserving critical information, such as code. Librarians and archivists, the custodians of the past, are also the advance-guards of the future,” said Richard Ovenden, executive librarian at the British institution in a press release.

A data strongbox stored in permafrost

Before sharing its digital heritage with three library institutions, GitHub had decided to store 21 terabytes of computer data in an archival facility located 250 meters deep in the Norwegian permafrost of an Arctic mountain in the Svalbard archipelago. This unique facility, unveiled last year, was designed to resist all types of natural disasters for at least a thousand years.

GitHub is not the only institution interested in universal and long-term storage of software data. Inria, French national research institute for the digital sciences, collaborated with UNESCO back in 2016 to launch the Software Heritage project. Its aim is to collect, curate and archive software source code worldwide. This huge task aspires to create the equivalent of the Library of Alexandria for code and software. CC

Researchers want to create a digital Venice for posterity