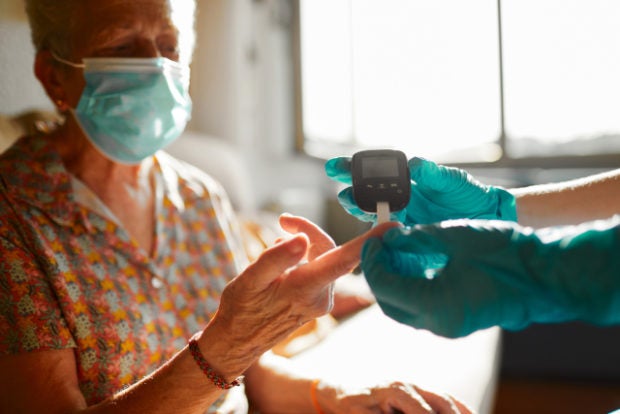 A recent US study shows that hormones may protect women from serious forms of COVID-19. Image: IStock/Tempura via AFP Relaxnews.

Since the onset of the COVID-19 pandemic, studies are regularly trying to find out why certain people are more prone to suffer from serious forms of the disease than others. One of the latest comes from the United States and concerns women. A University of Illinois in Chicago (UIC) researcher showed that feminine sexual steroids could have an anti-inflammatory effect that may protect women from severe forms of COVID-19.

At the beginning of the week, a medical team suggested that the measles-mumps-rubella vaccine may offer some protection from COVID-19, possibly explaining in part why children seem to be less affected by the disease. Now, a UIC researcher has shown that estrogen and progesterone could also have a protective effect against certain COVID-19 symptoms.

Dr. Graziano Pinna’s study was published on the Trends in Endocrinology and Metabolism journal on Nov. 8, focusing on pregnant women and the differences observed between men and women concerning the most serious forms of the disease.

Pinna discovered that sex steroid hormones estrogen and progesterone but also allopregnanolone, a progesterone metabolite, played an anti-inflammatory role, stimulating antibody production and promoting respiratory epithelial cell repair while inhibiting the ACE2 receptor, the access point for SARS-CoV-2. In other terms, these sex steroids could protect women from certain symptoms.

Pinna started focusing on reproductive steroids back in March, when the epidemic started peaking. His research started after several reports showed that pregnant women had escalated symptoms of COVID-19 immediately after giving birth, with rapid drop of estradiol, progesterone and allopregnanolone.

“Hormones that help sustain the pregnancy — like progesterone — are 100 times more concentrated in a pregnancy’s third trimester. Estradiol, allopregnanolone, and progesterone all have important anti-inflammatory functions and are involved in resetting the immune system. This suggests that pregnant women became symptomatic, and some were even admitted to the ICU, after delivering their babies because of the rapid drop in these hormones,” said Pinna. “The correlation was really striking.”

His observations were later confirmed by figures. Data published by the Centers for Disease Control and Prevention (CDC), showed that among the 39, 857 pregnant women who had contracted COVID-19 from Jan. 22 to Nov. 16, 53 had died. The death rate increased to 2% for women who were not expecting.

“Pregnant women are 15 times less likely to die from COVID than other women,” said Pinna.

These results could also explain why men suffer from more severe COVID-19 symptoms.

“This observation in pregnant women provides significant scientific background, not only as to why women are more protected than men, but also why older people are less protected than younger people because we know the older you are, the more decreased your hormones are,” concluded Pinna in the study. CC

What is herd immunity and could it work with COVID-19?