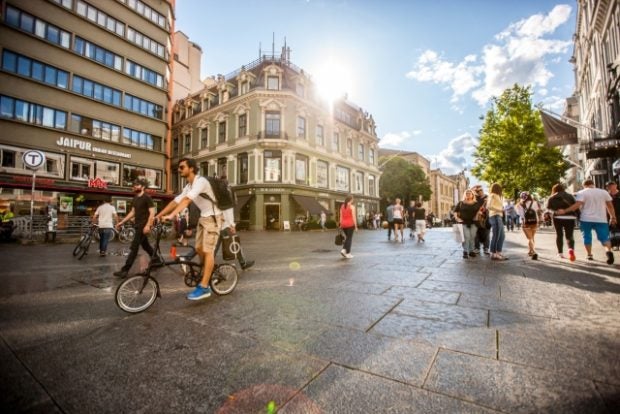 Norway’s capital city, which has been a pioneer of pedestrianization, recorded zero pedestrian and cyclist deaths in 2019. It is the only major city in the world to achieve such a feat. To do so, Oslo has slowly eradicated cars from most central neighborhoods.

It all started a few years back, when Oslo’s city council decided to remove a thousand parking spots from its city streets. The authorities then encouraged city dwellers to use public transportation.

Today, huge areas of the city are completely car-free, especially around strategic places such as schools and parks.

Removing cars also had positive effects that went beyond safety. For instance, local authorities noticed that local stores downtown did not suffer from the absence of cars; on the contrary, shops recorded 10% growth in visits after cars were banned from the center. The municipality also noted less traffic and pollution has boosted real estate, since a growing number of individuals want to settle in these central neighborhoods.

This is a wider phenomenon that goes beyond Oslo. An increasing number of European cities from Barcelona to Milan and Paris are trying to increase car-free zones.

Oslo’s objective is not to completely erase the presence of cars in the city. Norway is a pioneer in electric vehicles, promoting the purchase of such cars as an alternative with purchasing incentives.

Its infrastructure allows Oslo to already accommodate a huge number of electric cars, allowing elderly or disabled people to move around easily, according to their needs. Furthermore, Norway will be the very first country in 2025 to ban the sale of new models with combustion engines. CC