There's a virus among us: How gaming helps Filipinos bond (and stay sane) amid the pandemic | Inquirer Technology
Close
menu
search 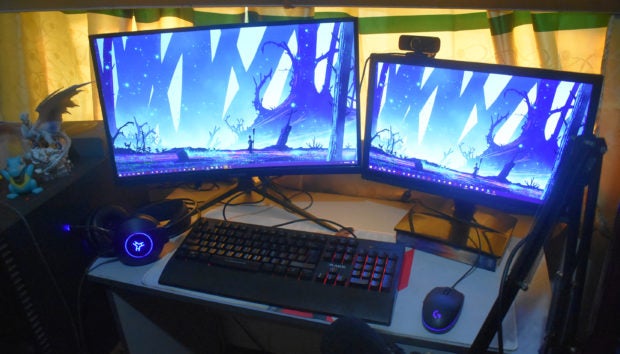 May it be to entertain themselves, to bond with friends, to train or to quench their competitive spirits, humans have been fond of games for ages. Video games, meanwhile, are a relatively new breed – but it will be here to stay for as long as we do.

Even before the pandemic, millions from all over the world have always liked – or even get addicted to – video games. Some are professionals, others are competitive, while many are just casual gamers. Gaming itself has surpassed film and music as the world’s biggest form of entertainment.

Now, as we have been forced to stay inside our homes in the past few months, those who haven’t even picked up a controller before in their lives are trying out gaming – both to pass the time and to bond with friends.

In the Philippines, where COVID-19 has affected and killed thousands, people are left with only a few options on how to spend their time inside their homes.

Having been forced to live under the longest lockdown in the world – which is still ongoing – Filipinos have turned to gaming to destress and escape, as other forms of entertainment, such as cinemas, are unavailable.

People are still discouraged, if not outright compelled, to refrain from holding get-togethers. Thus, playing online games has become one of the few ways friends can still socialize and have a good time.

To give readers a closer look at this phenomenon, I spoke with several fellow gamers from all walks of life and from different friend groups. They shared with INQUIRER.net their experiences on how gaming helps them stay connected while dealing with the pandemic.

I, myself, have been seeing less and less of my friends. Gone are the days when we can just hold sleepovers or waste our time away at a nearby 24/7 convenience store. I only get to be with them when we go cycling, which is not even that often.

In the case of my circle of friends in Makati, playing online is pretty much how we kept in touch in these past few months. This way, I am also still quite in touch with the others that I haven’t seen since before the lockdown.

For Mark Gerald Foliente, a work-from-home filmmaker and gamer, playing has helped a lot in coping with work and maintaining his relationship with friends.

(Aside from building our bond and closeness, it becomes stronger even when we do not see each other often. It is such that because of games, we can still hang out and have bonding sessions.)

Though he had always been fond of some video games even before the pandemic, he notes that he really got into it just now as he has more time. 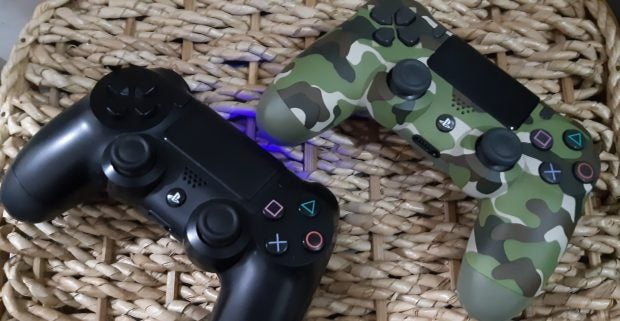 Another friend of mine, multimedia artist John Paul Lagado, echoes the sentiments of Foliente.

“Stress-buster ko talaga ang paglalaro lalo [with] friends. But since we don’t have [that much] time and nagva-vary talaga yung oras na free kami, minsan weekends lang nakakapaglaro,” he said.

(Gaming has always been my stress-buster especially when with friends. But since we don’t have that much time, our playing times vary on when we are free. Sometimes, we can only play on weekends.)

Lagado, who is also under a work-from-home setup, said that playing online games with friends actually helps him forget the crisis, even for just a little while.

Kieff Iporac of Pasig, who is from a completely different circle of friends, shares the same thoughts and notes that the lockdown allowed him to try out multiplayer games more, even though he was not really fond of these before.

“[We] played ‘Animal Crossing’ during the first months of the lockdown [to] soothe our souls at a time [when] everyone is forced to make drastic changes due to a life-threatening virus,” he shared after being asked what games he has been playing with friends.

Now, Iporac – who admits that he rarely played with friends pre-COVID-19 – has finished playing “Overcooked” by using a freeware that allowed them to play together online, even if the game was not designed to be played as such.

“We played that for months, but only because we only meet up once a week. We also started playing ‘Overcooked 2’ but we quickly switched to playing ‘Among Us’ [when] it became a hit. We’ve also played a ridiculous amount of ‘Jackbox Party Pack’ games!” shared Iporac, who seems to be a little more fond of multiplayers now.

Christopher James Garcia, a software engineer from Antipolo, likewise gives similar answers.
He explains that he and his circle of friends have been playing more as they all have more free time due to their remote work setup.

“There are a lot of benefits to be had from gaming; general interaction with your friends and partner increases and that alone is already a big benefit, especially if you previously only have time to see them when you have your free times coincide or when you get home from work after also wading through traffic for hours,” Garcia said. 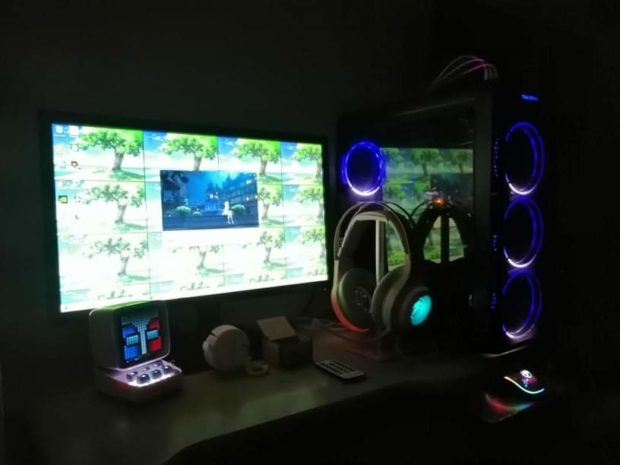 Gaming is for everyone

In its early years, video games were marketed toward young men, as gaming was initially seen as niche entertainment. As time went on, the gender divide in gaming has narrowed down as women seem to be just as fond of video games as men are.

Citing Newzoo, a provider of gaming market insights and analytics, AFP reports that as of last year, 46% or more than one billion of gamers across 13 countries are women.

While it has been noted that men and women do have varying preferences in what video games they play and platforms they use, the almost even ratio of male to female gamers is still a refreshing sight to see.

I can personally attest to this as my female friends, who were not really gamers before, have resorted to online gaming just so they can bond with us and with each other – and they enjoy it all the same.
“[Ngayong] nagka-pandemic ko lang talaga naranasan maglaro ng games with friends,” shares Maricris Anne Silvano, who admits that she was never into gaming before.

(It really is only now during the pandemic that I have experienced playing games with friends.)

Silvano, who works from her home in Makati, emphasizes that she now plays video games to bond with friends and for some “virtual bebe time” with her partner.

She further explains that she has come to love gaming because of “[the] fact that we can bond without really seeing each other. It also kept me sane lalo na nung hindi pa (especially when we were not yet under a) relaxed quarantine.”

In the case of Mia Deuna, who is also working from her home in Manila, she has begun playing more and more mainly because her friends are doing it.

“[I] make sure I get to play at night to destress,” she shared. On how gaming benefited her relationship with her friends, she simply said, “It allows us to connect and share experiences.”

On the same note, Deuna shared that her favorite thing about video games now is “[the] fact that I’m spending time with my friends”; which, to be honest, may just be the reason to play for many others – and there is nothing wrong with that. 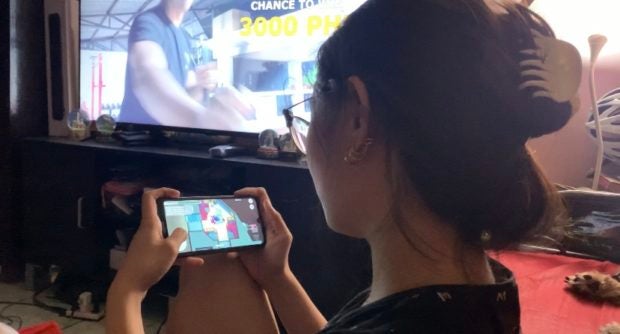 Sheila Mae Melloria, on the other hand, had been playing games with friends even before the pandemic struck.

Now, as she stresses that we have been under lockdown for many months, gaming has become more than just a way to pass the time – it provides an avenue for the much-needed human connection.

(If you do not really go outside and meet with your friends, you are really going to long for even a tiny bit of human connection.)

(So, I think, among other things, gaming helps maintain the bond you have with your friends. If everything else is just too emotionally taxing, especially during these times, you can make gaming your outlet.)

For Sean Paul Andrei Diaz, who also goes by his gaming content creator name Nosce Gamer, the pandemic has allowed him to get even more into gaming.

“I spend all my time playing video games and I’m passionate about becoming a competitive player in various games,” he told me, noting that he has been playing with friends every night in the past months.

Diaz underscores that through video games, he does not only get entertained but he also gets to exercise his brain, as he learns various concepts including geometry, storytelling, design, mechanics and video game logic.

The lockdown has allowed him to put more effort into his content creator career, causing the growth of his social media pages.

Moreover, Diaz has set up a local PlayStation 5 group, – a Facebook page where Filipino gamers share and discuss all things related to Sony’s next-generation console.

“Constant connection and social interaction in a safe environment, far from the normal hustle and bustle of things, where we can just be silly and be ourselves and have fun throughout this not-particularly-fun pandemic,” Vic Villavicencio meanwhile disclosed on the benefits of gaming.

Villavicencio, who also produces gaming content through his Flufee02 Gaming page, also shares that aside from bonding with friends, he has been able to connect with others through games.

“I met a lot of new people or got closer to people from different friend groups or mutual friends because we all played similar games,” he says. 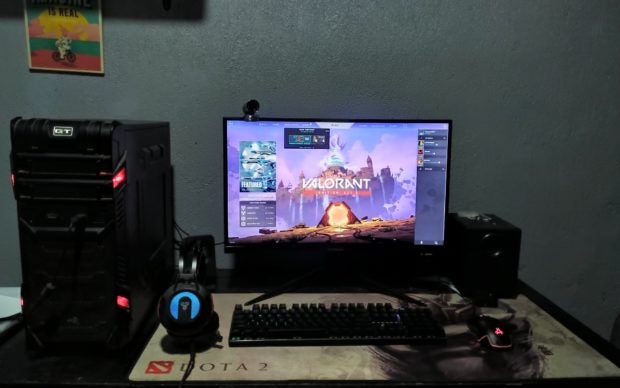 Ezekiel Cabo, who just recently bought his own PlayStation 4, shares that he has likewise made friends from other countries in the few months he has been playing.

We are only some of the many Filipino gamers out there, but our stories give the world a glimpse of the impact of gaming that goes beyond just mere entertainment.

As humanity continues to battle this unprecedented health crisis, it is safe to say that the world, especially Filipinos, have somehow found some comfort in gaming – which will always be here even after COVID-19 is long gone. JB