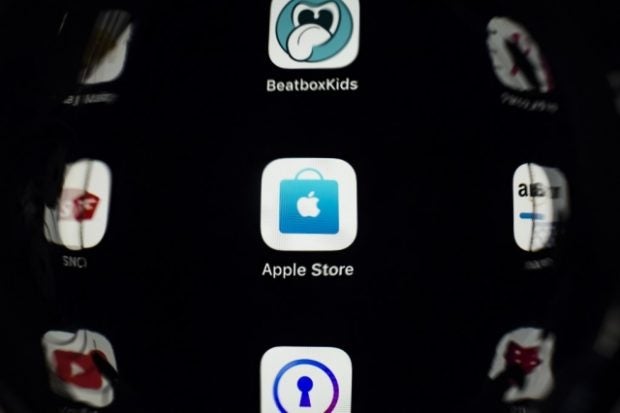 Apple has begun adding labels that reveal what user data is gathered by games, chat or other software offered in the App Store for its popular mobile devices. Image: AFP/LIONEL BONAVENTURE.

Apple on Monday, Dec. 14, began adding labels that reveal what user data is gathered by games, chat or other software offered in the App Store for its popular mobile devices.

The iPhone maker announced plans for such “privacy labels” when it first unveiled the new version of its iOS mobile operating system, which it released in September.

“App Store product pages will feature summaries of developers’ self-reported privacy practices, displayed in a simple, easy-to-read format,” Apple said in a blog post when iOS 14 launched. “Starting early next year, all apps will be required to obtain user permission before tracking.”

Apple began pushing out the labels on Monday, with the rule applying to new apps for iPhones, iPads, Apple Watch, Apple TV and Mac computers.

The labels will contain information provided by developers when they submit apps for approval to appear on the App Store’s virtual shelves, according to the Silicon Valley-based company.

“Apple recently required that all apps distributed via their App Store display details designed to show people how their data may be used,” Facebook-owned smartphone messaging service WhatsApp said in a blog post explaining what data the app gathers. “We must collect some information to provide a reliable global communications service.”

The aim, according to Apple, is for users to be able to easily see and understand what apps do with their data, from lists of contacts to where they are.

Data types added to labels will include tracking in order to target advertising or sharing with data brokers, as well as information that could reveal user identity.

Apple and Android mobile operating systems provide tools for controlling the kinds of data apps can access once they are installed. CC