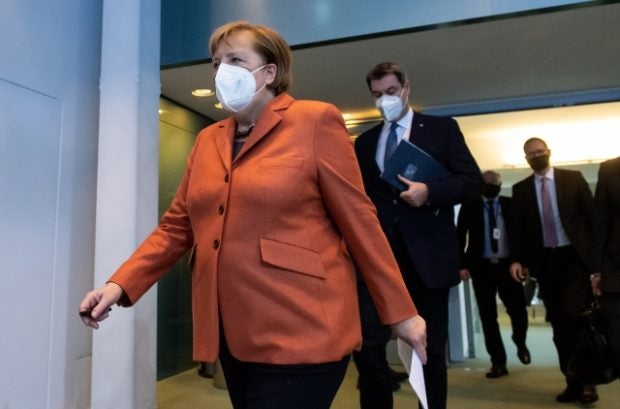 Did female leaders make better decisions in the face of the global health crisis than their male counterparts did? This popular assertion has appeared in several respected publications in the past few months. However, a study published in Plos One on Dec. 31 reckons that such observations mostly concern member countries of the Organisation for Economic Co-operation and Development (OECD).

With the onset of the COVID-19 pandemic, many analysts have wondered if female leaders have done better at coping with the health emergency than men have. This question was raised in April 2020 by Forbes in the editorial piece, “What Do Countries With The Best Coronavirus Responses Have In Common? Women Leaders.”

The publication cited the examples of Denmark, Taiwan, Finland, New Zealand and Germany, nations led by female politicians. But can this assertion correspond to reality on a more global scale? A team of British and American scientists analyzed national COVID-19 data (infection and death rates) in 175 countries worldwide (with 16 led by women) during the first few months of the pandemic.

Their research took into account precise criteria for every country such as cultural traits, gender parity in the national assembly and the gender of the country leader. They detailed their results in the journal Plos One. At first glance, the measures implemented nationally to cope with the COVID-19 pandemic were not more efficient in female-led countries compared to those led by men.

“While we find some limited support for lower reported fatality rates in countries led by women, they are not statistically significant,” noted the research team.

The report’s authors concluded that the good results achieved in female-led countries concerning the pandemic may be largely explained by the fact that these women lead OECD countries that are more inclined to elect leading women to begin with.

“Specifically, we reveal that having a woman leader does not make a country fare better during the pandemic unless that country also has the cultural values that support female leadership,” the researchers said.

“The perspective that women have been better leaders during the pandemic is rooted in selection bias, based on the selective reporting of cases where women-led countries have succeeded in pandemic management, and are focused on OECD countries,” said the research team who gave the examples of New Zealand Prime Minister Jacinda Ardern and German Chancellor Angela Merkel.

They also explained that the same bias contributed to highlight bad crisis management in certain Western countries such as the United Kingdom and the United States, respectively led by male leaders Boris Johnson and Donald Trump, and that it meant smaller countries with better health outcomes were overshadowed.

For instance, who heard about the situation in Vietnam, led by male Prime Minister Nguyen Xuan Phuc, a country that limited the number of COVID-19 deaths to only 40 as of September 2020?

“Will countries that have women chief executives and favorable cultural values fare better in the long term while dealing with the aftermath of COVID-19?” asked the research team.

They also pointed to the role played by Belgium’s former Prime Minister Sophie Wilmes who took a policy of transparency during the early months of the pandemic. Wilmes, who until October 2020 was prime minister, made the choice to include deaths in nursing homes and suspected deaths as part of the official count.

“It is possible that this inclusiveness, ensuring that every death counted and mattered, itself was a culturally relevant phenomenon and that leader gender amplified it,” said the researchers. CC

Soaring high under the wings of women leaders