Could chatbots bring the dead to life via your phone? | Inquirer Technology
Close
menu
search

Could chatbots bring the deceased to life via your smartphone? 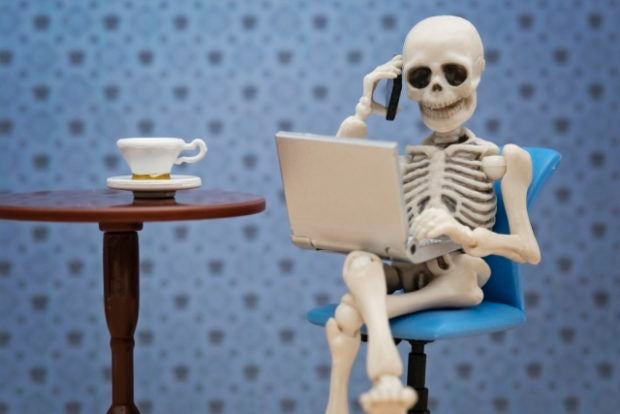 One day, artificial intelligence could make it possible to keep on chatting to the deceased. Image: Getty Images/ocipalla via AFP Relaxnews.

Artificial intelligence could make it possible to keep on chatting with people from beyond the grave. That, in any case, is the challenge Microsoft appears to be setting itself from the look of a patent the firm filed at the end of 2020 with the United States Patent & Trademark Office (USPTO). The idea seems to involve developing a chatbot that lets people talk to someone who’s no longer around.

Based on the principle that the more artificial intelligence is fed, the more accurately it can meet our expectations, Microsoft has filed a patent for a chatbot capable of expressing itself in the manner of a specific person. This could theoretically pave the way for “chatting” virtually with someone who is no longer physically present, or someone who is no longer alive.

The idea is to “feed” the chatbot with information until it “learns” to adapt and emulate as closely as possible the personality in question, so much so that it becomes capable of chatting with someone close to that person in an almost natural way. To achieve this kind of result, the chatbot would need to compile a vast amount of information from online sources, essentially from social media. That encompasses public messages, as well as pictures, sounds and various other shared documents. The idea is to be able to artificially recreate a personality, as closely as possible to the real thing — right down to an individual’s way of expressing themselves — so as to potentially be able to chat with them.

Still, if this kind of chatbot does see the light of day, it may pose evident legal and ethical problems.

The idea of chatting with dead people via the internet in this way isn’t new. A similar experiment made the news in 2017 when an American journalist created a “Dadbot” allowing him to chat virtually to his recently deceased father. To achieve this kind of result, he made extensive recordings of his father, then transcribed his musings online, giving rise to several hundred pages of notes. A chatbot fed with this information now allows him to “chat” with his late father via Facebook Messenger. CC