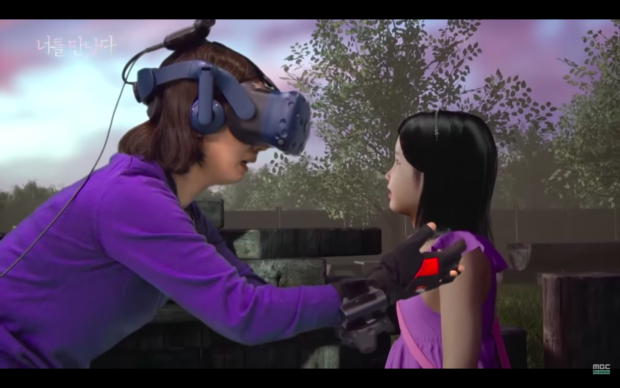 A mother in South Korea who lost her 7-year-old daughter was able to briefly reunite with her through virtual reality (VR).

Even if it was only through a VR headset, the reunion was emotional for the mom and her family, as seen in a Munhwa Broadcasting Corporation documentary posted on YouTube on Thursday, Feb. 6.

TV program “MBC Documentary Special” produced the VR experience for Jang Ji-sung, a mom of four who lost her daughter Nayeon to a rare disease in 2016, Aju Business Daily reported on Friday, Feb. 7. Nayeon remains close to her heart; she even has a necklace of her daughter’s bone powder.

The episode, titled “I Met You”, alternates between the green screen and the VR scene of Jang in a park with virtual Nayeon.

Jang is emotional when she sees and hears her daughter call out “mom.”

“Where have you been, mom? Did you think about me?” Nayeon asks, to which Jang says, “I do all the time.” When her virtual daughter says she misses her mom, Jang replies, “I missed you too.”

The park contains a bed strung with balloons, as well as a park bench and table with a birthday cake. Jang puts a candle on the virtual cake and she and her daughter sing and clap together. 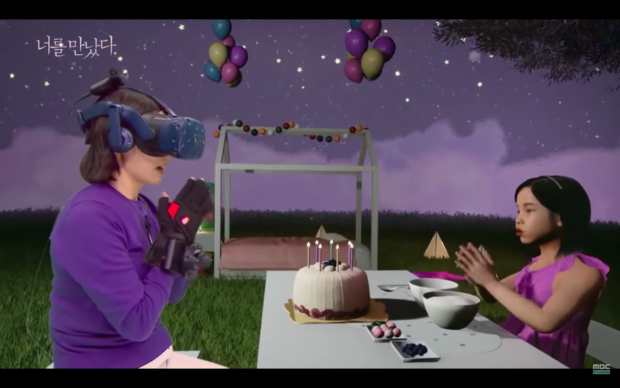 Nayeon’s father and siblings watch on the sidelines, all teary-eyed as the scene unfolds. It finally ends with the girl lying on her bed and transforming into a white butterfly.

The production team spent eight months to recreate her daughter’s likeness in terms of face, body and voice, as per Aju Business Daily. The park where mother and daughter would go to was also constructed in the virtual world. To make movements realistic, motion capture was used to record a model doing various actions.

Technologies are already developing to remain somehow connected to a late loved one, as per Dell Technologies in December. There is HereAfter, a chatbot based on a person’s oral history so that one can feel like they are interacting with someone they lost through their phone. Meanwhile, Eternime creates an avatar or a “digital clone of your loved one” through words, photos, videos and social media content of a deceased person. Niña V. Guno/JB

Spending 20 years of your life sedentary could double your risk of death, says study