Will brands break away from Google for Huawei? | Inquirer Technology
Close
menu
search

Are brands looking to break away from Google by partnering with Huawei? 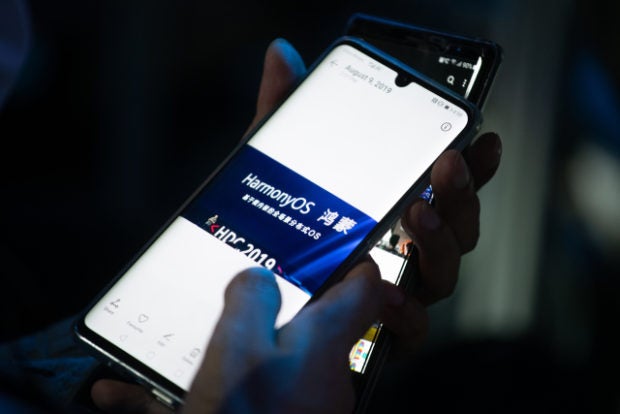 Huawei has been working on the development of its new operating system called HarmonyOS for nearly two years. Image: AFP/FRED DUFOUR.

The HarmonyOS operating system project is taking shape. What started off as a mere alternative to Android following United States sanctions that would stop Huawei from shipping its latest smartphones with Google tools has given birth to a real ecosystem thanks to several key partnerships. The main goal of the project is to reach 100 million devices using HarmonyOS by the end of 2021.

The Chinese tech manufacturer has been working on developing its new operating system called HarmonyOS for almost two years, following U.S. sanctions that meant Huawei could not integrate Google services (Android and Google Play) into its latest devices.

A first beta version was made available to developers in December 2020, so that they could start working on compatible applications. The Chinese giant hit a new milestone when presenting its partnership with over 40 companies. For instance, Huawei is collaborating with household appliance makers to launch as soon as possible products compatible with HarmonyOS as well as brands like Youku. Among the firms partnering with Huawei is major carmaker Volvo, whose parent company is China-based Geely.

Huawei plans on working with an increasing number of partnering firms to implement a “win-win” scenario. The Chinese giant aims to enhance its user experience compared to that of Android, in order to woo more potential partners who may also want to depend less on Google.

Smartphones, smartwatches, TVs, speakers and cars — Huawei plans on integrating HarmonyOS into 100 million devices by the end of the year. CC

China’s Huawei to launch HarmonyOS, its rival to Google Android, on smartphones

Google and Android system start to cut ties with Huawei