Man zip-lines to save pelican entangled in fishing line 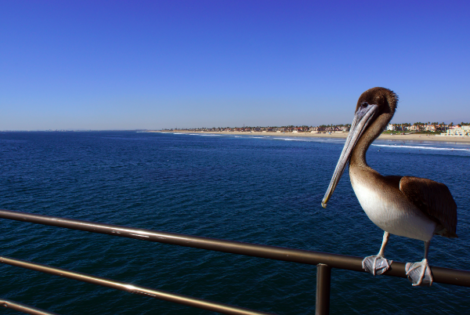 One man from St. Petersburg, Florida, did not think twice to save the life of a young pelican that got entangled in a fishing line.

The man, identified as Mike Bitler, volunteered to save the bird after non-governmental organization Friends of Pelicans took to social media to call for help, as per Fox 13 on Jan. 6 (Jan. 5 in the United States). The pelican was caught in a fishing line along a part of the Skyway Sunshine Bridge, which could only be reached by boat due to the bridge’s demolition.

Bitler is known to regularly rescue birds with his four kids and was able to use his skills as an arborist — a person who works on trees — and as a climber to save the pelican.

“I took what’s called a throw ball and a throwline. It’s just a thinner-diameter rope tied to a lead weight, a 14-ounce lead bag,” Bitler said in the report. “I threw it across and just manipulating it, giving it sharp little tugs. It dropped into the water.”

A fisherman, Marko Furundzi from Chicago, also stepped in to help Bitler by using his rod to catch the lead bag and reel it in. Then, Bitler zip lined above the waters towards the pelican.

The pelican was so entangled there was no chance it would have escaped on its own, he said. He then placed the pelican in a bag and zip-lined his way back.

Bitler and the pelican were greeted by Kim Sauls Begay and Jeanette Edwards of Friends of Pelicans as they got back to safety.

The pelican is currently being cared for by non-profit conservation organization Save Our Seabirds in Sarasota, as per report. As for Bitler, he only did what he thought he should have done.

“Doing the right thing,” he was quoted as saying. “That’s all it was.” Cody Cepeda/JB