What are ‘native forests’? 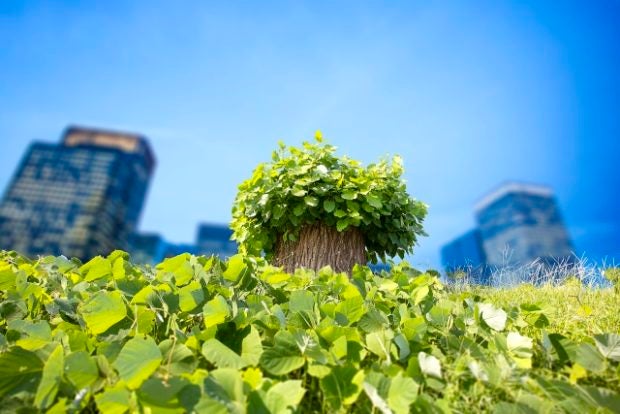 Japanese botanist Akira Miyawaki’s method of planting “native forests” is gaining visibility. In France, the Boomforest association has started work on several projects based on his technique, with the goal to afforest several urban zones in the Ile-de-France region surrounding Paris. But what exactly are “native” forests?

Native forests, also known as “rapid growth micro-forests,” are designed to reintroduce greenery to areas altered by human activity. The “Miyawaki method,” which refers to the Japanese botanist that developed this method is an ecological engineering practice that aims at creating a real ecosystem in urban areas while adapting to its environment.

The Miyawaki method is based upon several principles that pay extra attention to carefully selected soils to host these new micro-forests. The terrain is carefully chosen and prepared to maximize the chances of creating a new ecosystem. The addition of organic nutrients enhances soil fertility. The abundance of local tree species also contributes to the creation of sustainable native forests.

Boomforest is testing the planting of such micro-forests in the Greater Paris area. The association recently took over a plot of land measuring about 250 sq meters (around the size of ten car parking spots) on the university campus in the city of Nanterre, in order to plant a mini-forest close to the expressway.

The association’s website outlined that it planted trees with the help of students and the innovative LABEESS student association, as part of the tree planting project of Nanterre University.

Its main goal is to plant 600 trees of 30 different species in order to reduce noise and absorb the air pollution around certain zones. To do so, volunteers looked to local species capable of growing ten times faster than “primary” forests, natural ones that are not human-created.

And it’s not Boomforest’s first project. The French association launched its first initiative back in March 2018, planting a “Miyawaki forest” on an embankment of the Paris ring road on its eastern side at Porte de Montreuil.

Other micro-forest projects have also been launched elsewhere in France, in Toulouse by the “Micro-foret de Toulouse en transition” collective or in the Greater Paris area with “Semeurs de forets.”

This renowned method has also been widely implemented in the rest of the world, notably in Japan, but also in Europe, India, Thailand, Brazil and China, where Miyawaki himself (who is 92) launched a native forest project. CC

Forest tourism is rising as coronavirus pandemic wanes in China

Walk a virtual forest for increased awareness about climate change

PBA: Meralco sends Ginebra to the brink of elimination

P16-M fine imposed vs 8 GenCos over violations; won’t be passed on to consumers