Can adding a slice of humor to news help it reach a wider audience? | Inquirer Technology
Close
menu
search

Can adding a slice of humor to news help it reach a wider audience? 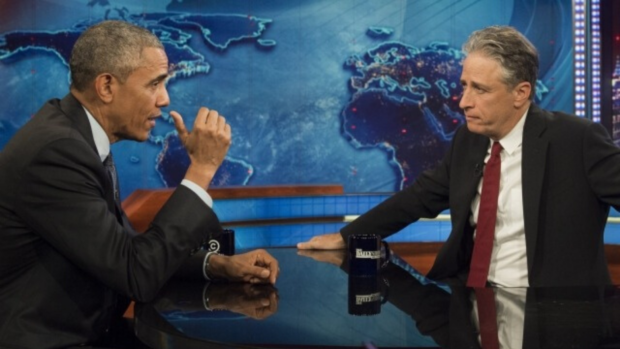 “The Daily Show” (here in 2015, when Jon Stewart hosted it) is among the key television shows that mix entertainment with politics. Image: AFP/Saul Loeb

Humor could be the key for getting audiences, particularly young viewers, to follow political news. A recent study conducted by American researchers revealed that spectators are more likely to retain and share news when it’s presented with humor than when it’s been delivered in a more neutral manner.

Researchers at the Annenberg School for Communication at the University of Pennsylvania and the School of Communication at Ohio State University started their research from a very simple premise. When broadcast news was in its infancy, Americans trusted the seriousness and thoroughness of journalists such as Walter Cronkite and Dan Rather to follow political news in the United States and elsewhere in the world.

However, more recently, some analysts have expressed their concern about the ubiquity of programs that combine entertainment and current events, helmed by well-known figures such as Jon Stewart, John Oliver, Trevor Noah and Samantha Bee.

“For democracy to work, it is really important for people to engage with news and politics and to be informed about public affairs. We wanted to test whether humor might make news more socially relevant, and therefore motivate people to remember it and share it,” said author Emily Falk, professor of communication, psychology and marketing at Annenberg.

Researchers asked a sample of Americans to watch a selection of news clips, some of which ended with jokes while others maintained a serious tone from beginning to end. The participants were young adults, aged between 18 and 34. Following the viewing sessions, scientists collected data on participants’ brain activity and had participants take a memory test to determine the amount of information retained.

With this age group, the results seemed irrefutable with participants being more sensitive to political news presented in a humorous manner. Not only did they remember it better, they were also more likely to share it online. The findings also revealed that humorous news clips prompted greater activity in brain regions associated with thinking about what other people think and feel, which highlights “the social nature of comedy.”

“Our findings show that humor stimulates activity in brain regions associated with social engagement, improves memory for political facts, and increases the tendency to share political information with others. This is significant because entertainment-based media has become an important source of political news, especially for young adults. Our results suggest that humor can increase knowledge about politics,” concluded lead author Jason Coronel, assistant professor of communication at OSU. RGA