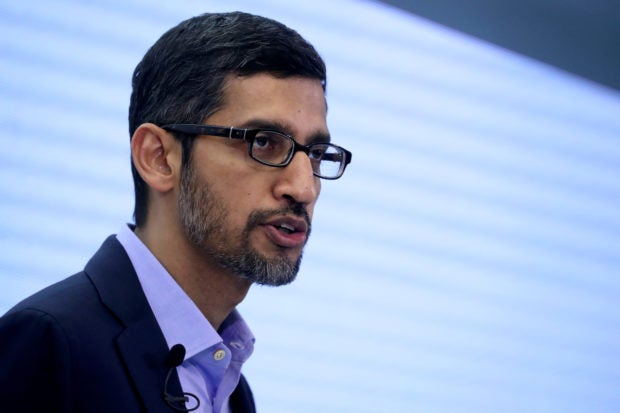 OAKLAND, California — YouTube is reviewing U.S. President Donald Trump’s account the same as any other, meaning he will not be banned unless he violates the service’s policies three times in 90 days, said Sundar Pichai, chief executive of Google parent Alphabet Inc, on Wednesday.

Trump violated YouTube’s rules with an upload on Tuesday, generating one strike. It was among hundreds of political videos YouTube has removed since the United States certified the results of its presidential election, Pichai said.

Speaking during the Reuters Next conference, Pichai also said there were good “initial proposals” in the United States and Europe to regulate content moderation by requiring companies have clear policies and let users appeal decisions and modify posts.

“Those all to me make sense,” he said in an interview with Reuters Editor-in-Chief Stephen Adler. “There are areas where there can be specific regulation based on the type of content, but we have to tackle that narrowly.”

YouTube also blocked Trump for posting for one week, but it has received employee criticism and been threatened with an advertiser boycott for not removing his account altogether.

Twitter Inc banned Trump’s account after his supporters attacked the Capitol last week. Facebook Inc suspended his account for at least two weeks, though the company’s Chief Operating Officer Sheryl Sandberg said during Reuters Next that she did not expect his access would be restored.

After the seven-day suspension ends, Pichai said YouTube will take future action based on what videos the Trump account posts.

In speaking about internal challenges from workers, he described Google as a “noisy democracy” that has “always given our employees more voice than any other company.”