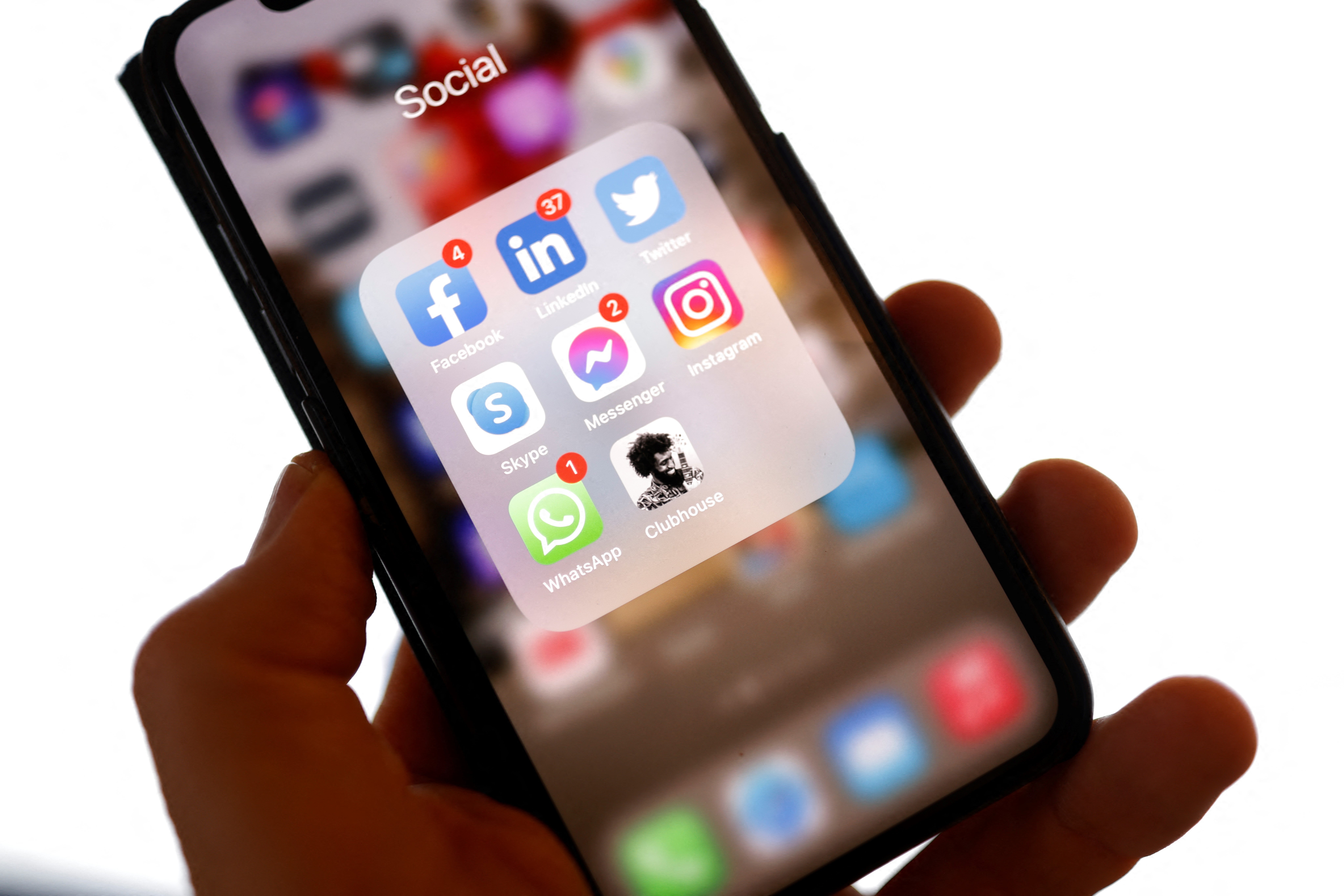 An illustration photo taken January 25, 2021, shows the application Clubhouse on a smartphone in Berlin. (Photo by Odd ANDERSEN / AFP)

San Francisco, United States — Facebook is looking to carve out its own spot on the audio social networking scene that has seen invitation-only startup Clubhouse rocket to popularity, the New York Times reported on Wednesday.

Executives at Facebook have ordered employees to create a version of Clubhouse, an app that lets users drop into virtual “rooms” to voice-chat about any topic, the New York Times said, citing unnamed people familiar with the situation.

Clubhouse has attracted an array of big names, from celebrities to Facebook chief Mark Zuckerberg himself, who stopped in on the app recently to talk about augmented and virtual realities.

Tesla and SpaceX chief Elon Musk tweeted on Wednesday that he agreed to “do Clubhouse with @kanyewest,” causing an instant stir in rooms at the social network.

Clubhouse exploded in popularity during the coronavirus pandemic when people could not get together in person — but now the once-niche platform has far higher goals.

Launched less than a year ago, Clubhouse — which recently encountered censorship trouble in China — is looking to establish itself as the standard-bearer for digital audio.

The concept is simple: once you’re invited to join, you can start or listen to conversations in digital “rooms,” ranging from a major talk by someone famous to a chat within a small group.

No posts, no photos, no videos — just audio.

The app is available only on Apple devices for now.

The New York Times quoted a Facebook spokeswoman as saying the internet firm has “been connecting people through audio and video technologies for many years and (is) always exploring new ways to improve that experience for people.”