Instagram wants to keep TikTok videos out of Reels 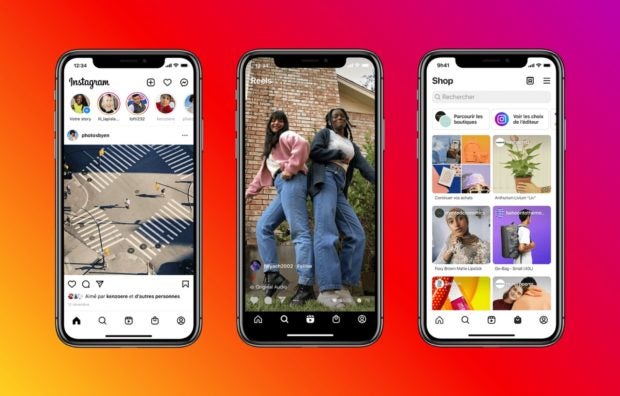 TikTok-mania has even reached Instagram, much to the displeasure of the American application. Image: courtesy of Instagram

Instagram has declared war on TikTok. The Facebook-owned social network no longer wants to see videos featuring the watermark of the Chinese platform in its Reels format. In fact, the Instagram algorithm will no longer promote videos originating from other applications in its user newsfeeds. The reason for that, according to Instagram, is that internet users react less favorably to recycled content.

TikTok-mania has even reached Instagram, much to the displeasure of the American application. Many of the site’s users are reposting videos filmed for the Chinese application to Instagram’s Reels, which hasn’t proved popular with the social network. To halt this TikTok invasion, particularly in Reels — which is nevertheless very largely inspired by TikTok videos — Instagram is fighting back with an updated algorithm.

The Verge reports that the social network won’t recommend as frequently videos that are mostly covered by text, are blurry, or have a watermark or logo, or a border around them. Users will therefore be less likely to see Reels videos in their newsfeeds that haven’t been created directly via the application. In fact, content recycled from other applications is less likely to be discovered by Instagram users.

The decision may seem quite radical to users, but Instagram argues that recycling content makes for a “less satisfying” user experience. Quoted by The Verge, Instagram spokesperson Devi Narasimhan said that users reacted less favorably to recycled content republished in the application’s Reels format. This concerns not only videos created on other platforms, but also those with poor image quality. “We are getting better at using ranking signals that help us predict whether people will find a reel entertaining and whether we should recommend it,” Devi Narasimham told The Verge.

For some time now, Instagram has been seeking to counter the TikTok effect on its platform. Faced with the success of the Chinese site, the American social network has been working hard to incite Instagram users to use the tools present on the platform and to avoid promoting TikTok. NVG

What was TikTok’s biggest viral video of 2020?