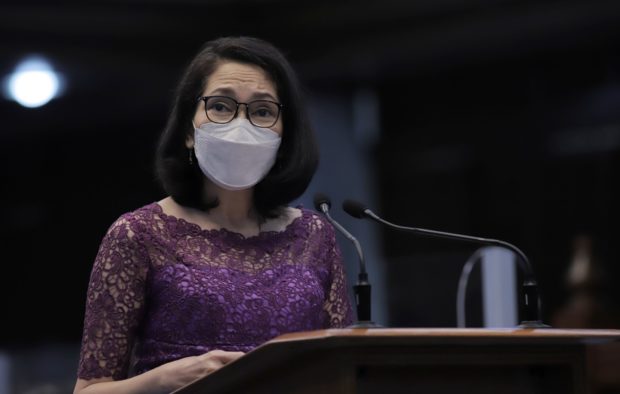 Before this, the senator, during her panel’s hearing on Tuesday, raised concerns over a 7,000-member Facebook group, which is being used for similar purposes. The social media giant already took the said page down.

But upon further investigation, Hontiveros’ office discovered another group with similar content, called Blueroom, which has over 20,000 members.

“In the Blueroom, there are screenshots of conversations about how much load will be paid to a certain account in exchange for sexual activities via video chat,” the senator said.

“Hindi natin alam kung mga menor de edad sila [We are not yet sure if there are minors included in the group]. Facebook must look into this immediately, and cooperate with law enforcement to clamp down on these online crimes,” she added.

Hontiveros also called on social media networks to take a more proactive approach in detecting such content in their platforms.

“Social media networks must be more proactive. They have the duty to use the sophistication of their technology to put an end to this exploitation,” she said.

(They should prioritize the welfare of our youth, not their profit.)

“There should be a more proactive response rather than just rely on reports. The difficulty with reporting as was earlier manifested in some of the experiences, it would take several months,” Pangilinan said during Tuesday’s hearing.

“But if there is a proactive immediate takedown response from Google and all other media platforms, it would be better,” he added.

During the same hearing, Facebook said that in 2020, it has removed 5.4 million pieces of child nudity and sexual exploitation content from their platform across the world, 98.8 percent of which were removed even before they were reported to them.

Facebook Head of Safety in the Asia-Pacific Region Amber Hawkes informed senators that the social media network has around 35,000 employees working on safety and security, with over 15,000 content reviewers to ensure prompt response to reports.

Meanwhile, Google’s representative told the committee that 94 percent or 8.8 million of videos taken down on their platforms were machine-detected. No data focused on the Philippines is yet available.