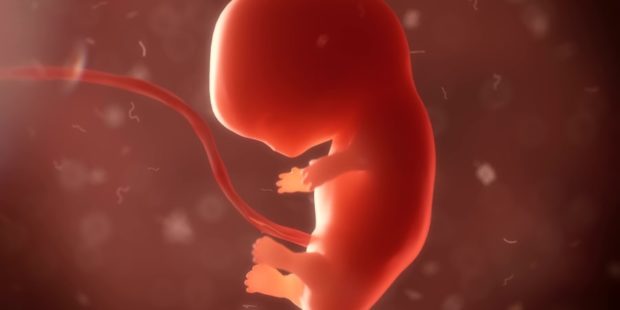 Scientists have generated early-stage human embryo models that could help shed light on the “black box” of initial human development stages and improve research on pregnancy loss and birth defects.

Two separate teams found different ways to produce versions of a blastocyst — the pre-embryonic mass of cells at the stage of development around five days after a sperm fertilizes an egg — potentially opening the door for a huge expansion of research.

The scientists make clear that the models differ from human blastocysts and are not capable of developing into embryos. But their work comes as new ethical guidelines on such research are being drafted and could spark fresh debate.

The teams, whose research was published Wednesday in the journal Nature, believe the models dubbed “blastoids” will aid research on everything from miscarriages to the effects of toxins and drugs on early-stage embryos.

“We’re very excited,” said Jun Wu of the University of Texas Southwestern Medical Center, who led one of the teams.

“Studying human development is really difficult, especially at this stage of development, it’s essentially a black box,” he told a press briefing ahead of the research’s publication.

At the moment, research on the earliest days of embryonic development relies on donated blastocysts from IVF treatment.

But supply is limited, subject to restrictions, and available only to certain research facilities.

So being able to generate unlimited models could be a game changer, said Jose Polo, a professor at Australia’s Monash University, who led the second research team.

“This capacity to work at scale, we think, will revolutionize our understanding of early stages of human development,” he told reporters.

Generating models of blastocysts has so far only been done in animals, with researchers in 2018 successfully generating them in mice using stem cells.

The two teams approached the development of a human model in slightly different ways.

Wu’s team used two different types of stem cells, some derived from human embryos, and other so-called induced pluripotent stem cells, which have the potential to become any cell and are produced from adult tissue.

Polo’s team instead started with adult skin cells, but both teams ended up with effectively the same result: the cells began to organise themselves into blastoids, featuring the three key components seen in a human blastocyst.

“For us what was completely surprising was that when you put them together, they self-organize, they seem to talk to each other in some way… and they consolidate,” Polo said.

But while the models are similar to human blastocysts in many ways, there are also significant differences.

Both teams’ blastoids ended up containing cells of unknown types, and they lack some elements that come specifically from the interaction between a sperm and an egg.

The blastoids only worked about 20 percent of the time on average, though the teams say that still represents a pathway to a significant research supply.

The scientists are at pains to make clear that the models should not be seen as pseudo-embryos, and are not capable of developing into fetuses.

Still, they proceeded cautiously, opting to end research with the blastoids at four days after cultivation, equivalent to about 10 days after fertilization in a normal egg-sperm interaction.

Peter Rugg-Gunn, group leader at the life sciences research Babraham Institute in the UK, said the processes represented “an exciting advance” but work was needed to generate the blastoids more reliably.

“To capitalize on the discovery, the process will need to be more controlled and less variable,” he said.

And given the differences between the blastoids and human blastocysts, any hypotheses they help generate “will need to be validated in human embryos”, said Teresa Rayon of the Francis Crick Institute, a biomedical research center.

The research may also spark ethical debates, said Yi Zheng and Jianping Fu of the University of Michigan’s department of mechanical engineering.

“As protocols are optimized, these blastoids will more closely mimic human blastocysts,” they wrote in an opinion piece published in Nature.

Some “might view human blastoid research as a path towards engineering human embryos”, they warned.

The research “calls for public conversations on the scientific significance of such research, as well as on the societal and ethical issues it raises”.