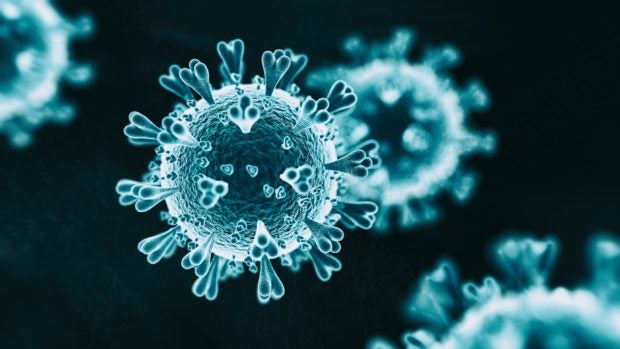 An international expert mission to Wuhan has concluded it was very likely that COVID-19 first passed to humans from a bat through an intermediary animal, while all but ruling out a laboratory leak.

The intermediate host hypothesis was deemed “likely to very likely,” while the theory that the virus escaped from a lab was seen as “extremely unlikely”, according to the long-awaited report, which AFP obtained a copy of on Monday, before the official release.

The report from the international mission to Wuhan has been keenly anticipated ever since the expert team left China more than a month ago.

Delays in the publication of the findings, drafted in collaboration with the team’s Chinese counterparts, had been blamed on coordination and translation issues, even as a diplomatic tug-of-war raged in the background over the report’s contents.

During a lengthy press conference in Wuhan on Feb. 9 at the end of the mission, the experts and their Chinese counterparts made clear that they could not yet draw any firm conclusions.

But they said they had worked to rank a number of hypotheses according to how likely they were.

Experts believe that the SARS-CoV-2 virus that causes the COVID-19 disease originally came from bats.

One theory examined was that the virus jumped directly from bats to humans. The final report determined that this scenario was “possible to likely.”

A more likely scenario, the report found, was that the virus had first jumped from bats to another animal, which in turn infected humans.

“Although the closest related viruses have been found in bats, the evolutionary distance between these bat viruses and SARS-CoV-2 is estimated to be several decades, suggesting a missing link,” the report said.

“The scenario including introduction through an intermediary host was considered to be likely to very likely,” it said, although it did not conclude which animal may have first allowed the virus to jump to humans.

The report meanwhile did not rule out transmission through frozen food, Beijing’s favored theory, since the virus appears to be able to survive at freezing temperatures, saying that “introduction via cold/food chain products is considered possible.”

Finally, the report examined the idea of a lab leak from, for instance, the Wuhan Institute of Virology, a theory promoted by former United States president Donald Trump’s administration.

It pointed to the fact that there was no record of any virus resembling SARS-CoV-2 in any laboratory before December 2019, and stressed high safety levels at the labs in Wuhan.

“A laboratory origin of the pandemic was considered to be extremely unlikely,” it said. JB

TOPICS: bats, China, COVID-19, SARS-CoV-2, Wuhan
Read Next
LG brings UVnano tech to PH via Wearable Air Purifier and new line of Air Conditioners
EDITORS' PICK
Garcia softens stance, meets IATF halfway on swab-upon-arrival policy
Want to help local farmers? Shop small and eat Real Food
ICC is everything but a court of ‘white people’
Manila is 78th most expensive city in the world for foreign workers
TeaM Energy pushes development programs to help in pandemic rebound
Piolo Pascual: The Ultimate Heartthrob continues to level up
MOST READ
Sharon Cuneta on living in the US: ‘Nagagawa ko lahat ng normal na bagay’
ICC is everything but a court of ‘white people’
Duterte-Duterte tandem possible but ‘winnability is another question’ — Binay
Mike Nieto asks fans: ‘No below the belt remarks’ toward South Korea
Don't miss out on the latest news and information.