PLDT wireless unit Smart Communications, Inc. (Smart) has solidified its superiority in 5G after being hailed as the fastest 5G network in the Philippines by Ookla®, the global leader in internet testing and analysis.

Based on consumer-initiated tests taken using Speedtest® by Ookla, Smart has consistently posted the fastest 5G speeds for Q1 2021, with median download speeds of 190 Mbps, more than double the competition’s speeds for the same period*. 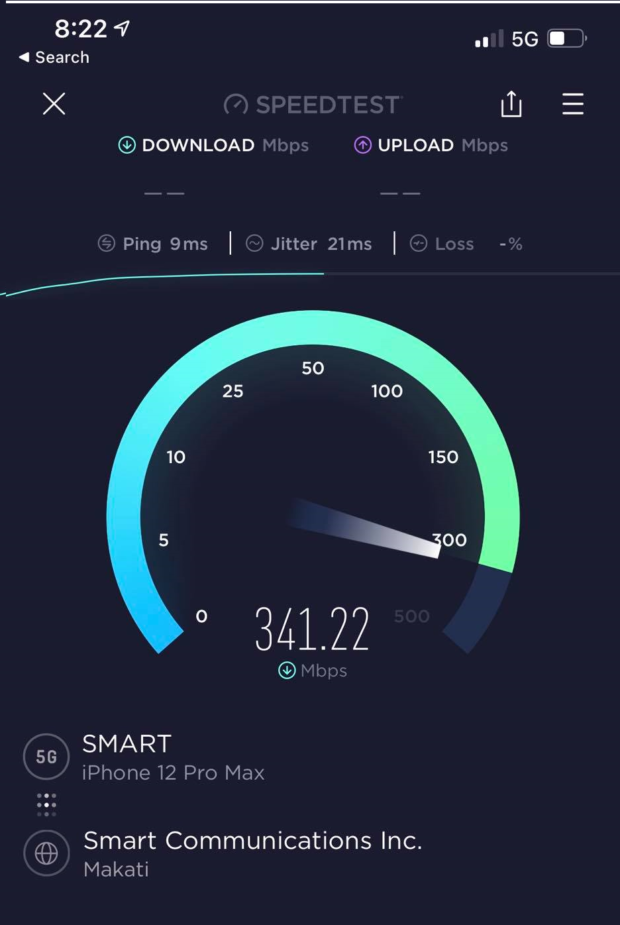 “Our steady investments and unflagging resolve to expand and upgrade our integrated fixed and wireless networks, as well as to bring Smart 5G closer to our customers nationwide, have brought about these outstanding results,” said Smart Communications President and CEO and PLDT Chief Revenue Officer Alfredo S. Panlilio.

“Just as we did with Smart LTE, which has been recognized by Ookla since 2018 as the country’s fastest 4G/LTE network, we are working non-stop to expand the coverage of our 5G service and make it accessible to more customers, despite the challenges of the pandemic.  With 5G, we are making the Philippines’ fastest mobile network even faster – elevating the average mobile speeds into fiber-like levels – to serve our customers better, especially in these critical times,” he added.

To date, Smart’s expanded 5G network now has over 2,300 sites nationwide, supporting Filipinos who are increasingly reliant on mobile data to stay connected while on-the-go.

These Smart 5G sites have been fired up nationwide, including in all of Metro Manila’s cities and municipalities, and in the provinces of Benguet, Bulacan, Cavite, Laguna, Pampanga, Rizal, Cebu, Iloilo, Aklan, Misamis Oriental, Zamboanga Sibugay, and Davao.

To complement this continuous expansion of Smart’s 5G network, Smart has also ramped-up its efforts to widen its array of Smart 5G-certified devices to make 5G easier to access and enjoy.

Recently,  Smart launched Rocket WiFi, the country’s first and fastest 5G Pocket WiFi which will enable 5G speeds on other devices for as long as they have a Wi-Fi connection. Specially designed for sharing and multitasking, Rocket WiFi can connect up to 15 WiFi-capable smartphones, tablets, or laptops, making it simpler and easier for more users to experience the lightning speeds of Smart 5G on a wide range of devices.

Smart 5G complements Smart’s continuous expansion of its 4G/LTE network. Smart’s mobile network, which covers 96% of the population from Batanes to Tawi-Tawi, is already the fastest in the country, as reported by third-party mobile internet analytics firms Ookla® and Opensignal.

This level of performance is enabled by PLDT’s fiber infrastructure, the country’s most extensive at 429,000 kilometers.

* Based on analysis by Ookla® of Speedtest Intelligence® data median download speeds in The Philippines for Q1 2021. Ookla trademarks used under license and reprinted with permission.

Speed up your game with the new vivo Y20s [G]