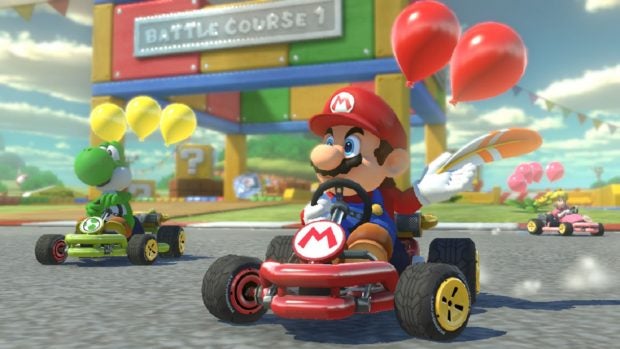 An American researcher and “Mario Kart” enthusiast suggests that governments should draw inspiration from the famous video game for sustainable development policies that encourage environmentally friendly agriculture. No, that’s not a misprint. From “Mario Kart.”

Racing along on the Luigi Circuit, you come to a dangerous bend where you skid on a banana skin dropped by one of your rivals, but you manage to land on your wheels and even win a Fire Flower. Having read these couple of lines, experienced gamers will no doubt recognize the familiar world of “Mario Kart.”

The long-standing and highly successful video game series developed in the 1990s has recently been the subject of a very serious study published in Nature Sustainability. The study suggests that governments should draw inspiration from “Mario Kart” to establish sustainable development policies that support poor farming communities, notably in Asia and Africa. But how exactly would that work?

Andrew Bell, an assistant professor of earth and environment at Boston University College of Arts & Sciences in the United States and the main author of the study, is a longstanding fan of “Mario Kart.” He played the game as a child, and then his own kids inherited his passion. But the researcher argues that the game is more than an enjoyable intergenerational pastime, it also has the potential to inspire sociological tools.

Bell began to mull over this idea on trips to Malawi, and Bangladesh and Cambodia. In the course of his research, he became convinced that policies which provide direct aid to farmers in the world’s poorest regions could also contribute to a reduction in overall poverty while promoting sustainable and environmentally sound agricultural practices.

But what then is the link to “Mario Kart”? For Andrew Bell, offering economic support to farming families that need it the most would allow them to remain in the race, just like “Mario Kart” players trailing behind the pack who have a chance to catch up if they succeed in snagging one of the many power-up objects that litter the track.

To apply the principle of “a chance for all” in the real world by making financial resources available to families and farming communities that need them most, Andrew Bell proposes a system dubbed Payments for Ecosystem Services (PES).

Each of these ecosystem services defined by public policy would provide farmers with an incentive to adopt environmentally friendly methods. In his article, Andrew Bell cites the example of a hydropower company that would “pay farmers to adopt agricultural practices to help prevent erosion, so that the company can build a dam to provide electricity. It is a complicated transaction that has worked under very specific circumstances,” points out the researcher.

This boosting principle, which in the world of video games and “Mario Kart” is known as “rubber banding,” should, according to Bell, have the ultimate goal of providing the poorest farming families with the equivalent of a “golden mushroom” (a kind of Holy Grail for players who have fallen behind in Mario Kart races).

To improve management of the environment and at the same time reduce poverty, researchers and decision makers are going to have to think carefully “within their unique context and challenge at-large [about] what the golden mushroom might be,” Bell explains. JB