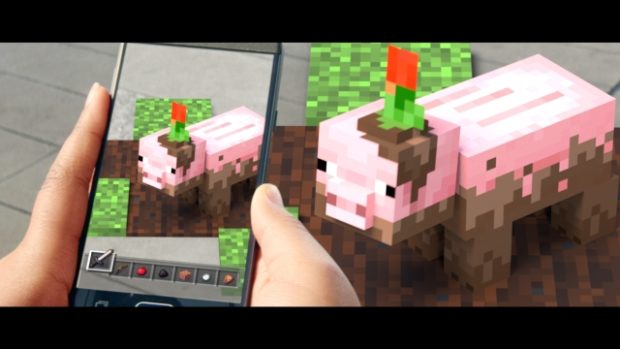 It’s the end of the line for “Minecraft Earth.” The augmented reality game of Microsoft-owned Mojang Studios will be shut down for good on June 30. The Minecraft website cited the current global situation as the reason for its downfall. The COVID-19 pandemic and stay-at-home mandates have led to the demise of the game, which is played outdoors, less than two years after it launched.

“Minecraft Earth was designed around free movement and collaborative play — two things that have become near impossible in the current global situation,” read the statement announcing the end of the augmented reality game on Jan. 5.

Players have until June 30 to enjoy the game, based on the “Minecraft” universe, before it is wiped from its servers and pulled from download sites.

In the meantime, game developer Mojang nevertheless released a final update, Jan. 5, “to make your time in Minecraft Earth as fun as possible,” the statement read. “We hope these adjustments will allow you to explore, craft, and build more — while staying safe indoors.”

After many great adventures, we’ve made the difficult decision to close down Minecraft Earth in June 2021. We’re so grateful for all your support, and today’s last build includes several adjustments to make these last months as fun as possible:

The latest updates include the removal of real-money transactions and reducing time requirements for crafting and smelting. Moreover, all completed, unreleased content currently in the Minecraft team’s pipeline will also be included in the game’s final build.

By July 1, 2021, “Minecraft Earth” will no longer be available to play and all related data will be deleted. Players who have made in-game purchases will be given “Minecoins” in exchange, to spend in the Minecraft Marketplace. They will also receive the Bedrock version of Minecraft free of charge to download onto their smartphone. This offer will be time-limited, as per the Minecraft website, although without confirming exact dates. CC