After the Apple keynote, Tim Cook becomes a meme on Twitter 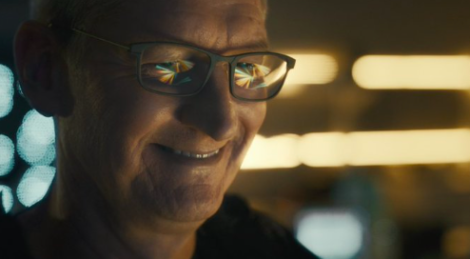 On Tuesday, the Apple boss was the undisputed star on social networks. While the Apple brand unveiled its new products, including the new generation of iMac and iPad Pro as well as the much-awaited AirTags during its first keynote of the year 2021, web users were largely commenting on another aspect of this presentation. And for good reason. With this keynote highly anticipated by Apple fans, web users were able to discover a very special video in the form of an action movie trailer to reveal the new M1 processor of the iPad Pro.

At the 36 minute and 37 second mark of “Spring Loaded” event, a spy-like character appears on screen. He is seen breaking into the Apple campus and moving through the company’s ventilation corridors. In a succession of fast-paced action scenes, the character manages to penetrate a room filled with MacBooks and protected by laser beams. There he recovers the M1 chip and finally reaches another room in the company. The spy then inserts this chip into an iPad before revealing his true face, which is none other than Tim Cook.

This elaborate staging to announce the new version of the iPad Pro gave rise to a flurry of memes each more humorous than the previous one. If this short excerpt of barely 2 minutes has generated so much talk on Twitter, it’s because of the sly little smile of the Apple boss.

tim apple putting 2TB of storage in the new iPad and 256GB in the new iMac pic.twitter.com/jE3KbI1TON

that feeling Cook gets when Apple starts enforcing the ads tracking prompt in iOS pic.twitter.com/7WneM6bMdJ

[when the plate of wings gets delivered to the table] pic.twitter.com/77MD8acxC3

When your hungry stomach find some snacks In the fridge at 2AM#AppleEvent pic.twitter.com/YMNXwfhBBF

TOPICS: Apple, iMac, iPad Pro, meme, Tim Cook
Read Next
TikTok is doing a show about the pandemic
EDITORS' PICK
Ahead of ONE: Full Blast II, Mongkolpetch warns Elias Mahmoudi: ‘Watch out for my fists’
Liza Soberano’s ‘Trese’ stint defended by voice actor Inka Magnaye
Synology NAS: A photo storage and multimedia server for your home
Palace: Duterte to announce new quarantine classifications; ‘normal’ GCQ likely in NCR Plus
Alex Eala wins Grand Slam on Independence Day: ‘I hope I made my contribution to the country’
3 die, 110 recover from COVID-19 in Aurora province
MOST READ
‘Hindi pwedeng take 2,’ Sotto tells presidential, VP aspirants
Not even found in Tiktik: Another bad word snuck into DepEd materials
Lacson: Kind-hearted Leni ‘in it to win’ presidency in 2022, but…
Sotto, Villanueva react to LGBTIQ+ promise not to give them votes
Don't miss out on the latest news and information.