How to clear cache on Android devices 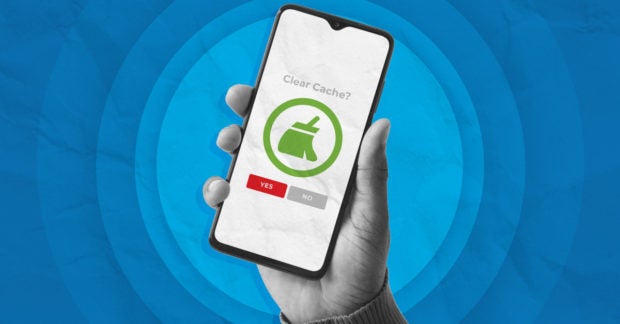 Do you need to know how to clear the cache on an Android device? A cache acts as replacement storage collects temporary files and data and helps users access websites and apps faster. No matter what device is used—laptop, phone, tablet, or desktop computer—the cache is there.

The cache’s job on Android is to retrieve data in no time, which helps the websites and apps run faster on your phone or device. This cache is stored so that load time can eventually decrease, boosting speed from the caches stored instead of picking it up from the server.

What Does Clear the Cache Mean?

All of us use a lot of applications and websites on Android phones regularly. Since cache on Android can take up a lot of space and a damaged cache will hamper the normal functioning of the application, it does make sense to clear the cache.

This is important for your phone’s optimum performance and frees up space occupied by files. Clearing the cache will help delete the downloaded files on your Android phone, and this way memory space on your phone can be increased.

Why Should You Clear the Cache on Android?

Cache improves your phone’s speed and the performance of your device by storing copies of files.

When the apps store the recently visited data to the cache, it helps the device perform better, saves the data, and makes it possible for the apps to work offline without an internet connection.

Not only this, if your data is saved to the cache on Android, your phone does not need to download the same file another time. This means that your phone battery, power, and time are not wasted downloading it for the second time.

Some people cache on Android because they believe that it keeps the phone from getting slow and does not accumulate cache files on their internal memory. There are good enough reasons to consider clearing the app cache on your phone.

Imagine you have made some alterations to your website and want to visit the web page to view those changes. What if those changes are not visible to you? This would mean that your web browser has saved data and uses the previous data to load the website, which is why you are unable to see the changes made.

If you are facing this issue, it would mean that you need to delete the browser’s cache and see for yourself how effective it is.

When Should You Clear Cache on Android?

Clearing the app cache is a stored temporary solution because every app that you will use on your Android devices will bombard your phone’s internal storage with junk files after removing it. So it becomes useless to clear the cache daily, and it is advisable to empty it only when it is essential.

How to Clear Cache on Android?

There are a lot of ways to clear the application cache on Android. It can be done manually or through apps like Cleaner apps available on Play Store.

Here are step-by-step instructions to clear the cache on Android.

● STEP 1: From your Android phone, open up the settings page and click the storage option. For Samsung Galaxy devices operating on One User Interface, the storage option can be viewed under the Device Care option. When you click on Storage, you may be able to see the storage space occupied by each application in detail.
● STEP 2: When you enter the device storage, you must look for applications or other applications. Once you select it, you will be able to see how much of your phone’s storage has been used up by each app. You can also arrange the apps in alphabetical order or by their size depending on the version of Android you are using.
● STEP 3: Now, you may click the application and further dive into the app data to clear cache or precise data. For example, if you want to remove the Spotify cache, you can go into the application and clear the cache from the device storage. This would make the app runs faster and improves the overall performance of the phone. Just make sure you are confident about clearing the application data because once you clear the cache, there is no going back, and it is irreversible.

There are a lot of ways to clear the cache on Android. You can remove the cache with the help of an application specifically designed to boost your phone’s performance.

Some applications help you clear the cache on Android, like SD Maid or Files by Google Pixel. These apps are reliable to an extent and show in detail what is occupying your phone’s internal storage.

The option offered by Android to clear data has solved many issues and is a valuable feature. However, it is possible to use an automated solution to clean cache data when your smartphone’s internal storage becomes full.

Many applications, like Spotify and Chrome, provide the feature to see the files occupied by these in-app. An older version of Android gave its users the option of clearing the cache and data in one click.

But now, the users have to visit the application to clear the cache manually. You should be thankful. At least you have an option of removing the cache in the first place!

(Disclaimer: This article is the author’s personal opinion, which may differ from the “official” statements or facts.)