Could earworms like the ‘Friends’ theme song boost our memories? 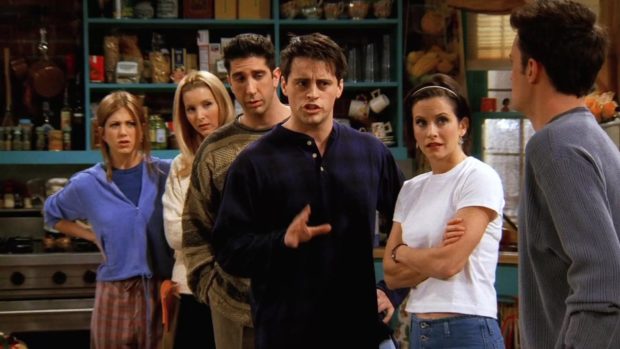 If you recently watched “Friends: The Reunion,” there’s a strong chance that you still have the “I’ll Be There For You” theme tune stuck in your head. But that’s no bad thing, it seems.

According to recent research from University of California Davis, earworm tunes like the “Friends” theme music play an important role in helping memories form.

“Scientists have known for some time that music evokes autobiographical memories, and that those are among the emotional experiences with music that people cherish most,” said Petr Janata, UC Davis professor of psychology and co-author of the study.

“What hasn’t been understood to date is how those memories form in the first place and how they become so durable, such that just hearing a bit of a song can trigger vivid remembering,” he added.

To try to answer this question, Janata and colleagues from the UC Davis Department of Psychology subjected about 30 students at the university to three tests. They had them listen to unknown music. They listened to it again a week later, while watching clips from movies they didn’t know.

The researchers then asked the participants to remember as many details of the videos as possible while listening to the music. They were also quizzed about their recollection of the tunes and how often they experienced each of the tunes as an earworm.

The scientists found that the more participants mentally “played” a song in their heads, the more accurate their memory for the tune became, not to mention the more details participants remembered from the specific section of the movie with which the tune was paired.

“Our paper shows that even if you are playing that song in your mind and not pulling up details of memories explicitly, that is still going to help solidify those memories,” explains Janata.

Benjamin Kubit, a postdoctoral researcher in cognitive neuroscience, even goes further, saying, “We typically think of earworms as random nuisance beyond our control, but our results show that earworms are a naturally occurring memory process that helps preserve recent experiences in long-term memory.”

All of which is enough to make you want to listen to the “Friends” theme tune just one more time. JB

‘Friends’: The one with the truth about Ross and Rachel